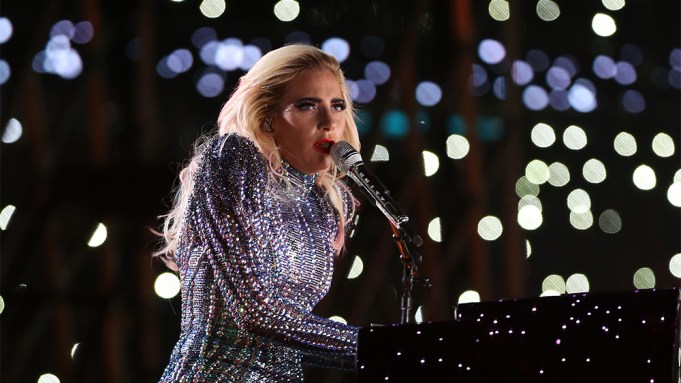 Lady Gaga took a short break from singing “Million Reasons” at her Saturday performance of “Enigma” in Las Vegas to slam the president for the continued government shutdown.

While sitting at the piano for her performance, Gaga broke into a takedown of the government shutdown and Vice President Mike Pence, who has been in the headlines after it was brought to light that his wife recently decided to return to teaching art part-time at the Immanuel Christian School in Springfield, Va., which expressly bars LGBTQ students or employees.

“And that the f—ing president of the United States could please put our government back in business,” the “Star Is Born” actress said. “There are people who live paycheck to paycheck and need their money.”

“And to Mike Pence, who thinks it’s acceptable that his wife work at a school that bans LGBTQ, you are wrong,” she continued. “You say we should not discriminate against Christianity; you are the worst representation of what it means to be a Christian. I am a Christian woman and what I do know about Christianity is that we bear no prejudice and everybody is welcome. So you can take all that disgrace Mr. Pence and you can look yourself in the mirror and you’ll find it right there.”

“Okay, I’m sorry, I got upset for a second there,” she said as she transitioned back into the song.

Lady Gaga has long been vocal about her support of the LGBTQ community, having partnered with charities to help homeless LGBTQ youth as well as using her platform and leverage to bring attention to issues of mental health.

Watch a video of the moment above.