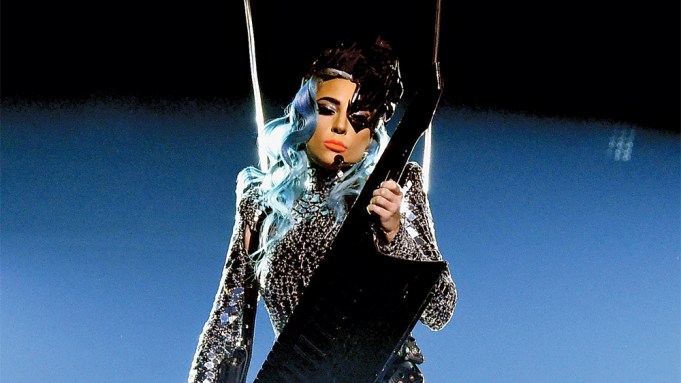 Lady Gaga was all about pride during her SiriusXM show at Harlem’s Apollo Theater Monday night.

In between songs, the “Born This Way” pop star gave a rousing speech about the importance of asking people’s pronouns and the necessity of gay pride. She also referenced transgender activist Marsha P. Johnson who was widely credited with throwing the first brick that sparked the Stonewall riots in 1969.

“So it’s pride week. I wish it could exist 365 days of the year, but I’ll take a f–ing global week. Wow on Friday, the 50th anniversary of stonewall. Yeah, that was when our community said enough is enough,” Gaga said to cheers from the audience. “And all hail to so many including miss Marsha P. Johnson. What bravery, what courage. In the spirit of acceptance, the spirit of tolerance, the spirit of courage to be seen as you see yourself. I have learned so much over the years from all my fans. I feel so blessed, thank you for showing me and teaching me.”

“And I’ve learned something very important to those people now, and I wish to share this with everyone who’s listening, not just in this theater, but around the world,” she continued. “Ask the question: ‘What. is. your. pronoun.’ Because for a lot of people, it’s really hard, and their pronouns aren’t respected or they’re not asked, and for me I’ve grown and changed over the years in a lot of different ways — I’ve felt misunderstood in different ways. All our hardships are different; I don’t mean to compare; I just mean to say we’re in this together, and I’ve had a million reasons to want to give up, and sometimes if you’re lucky you just need one good reason to stick around.”

The concert was a special invitation-only performance for network subscribers and Pandora listeners and marks the first time the pop star has performed at the iconic venue. The show is also her first in New York City in almost two years.