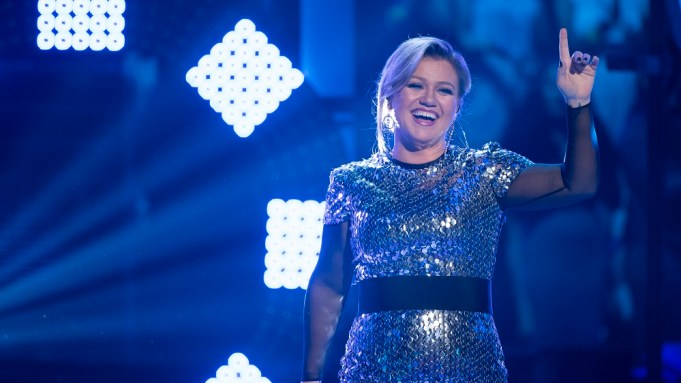 Kelly Clarkson already made a visit to a veritable island of misfit toys when she voiced the lead voice in the upcoming animated film “UglyDolls.” Now she’s going beyond the valley of the dolls and standing up for human girl power with “Broken & Beautiful,” the lead song from the soundtrack, which has no less feminist an icon than Pink lending her identifiable stamp as one of the tune’s co-writers.

The songwriting credit on the anthem is really a list of all-stars — besides Pink as contributor, there’s Marshmello, one of the EDM/pop crossover artists of the moment, as co-producer/writer, and the writing team of Johnny McDaid and Steve Mac, responsible for one of the biggest hits of the century, Ed Sheeran’s “Shape of You,” on board as writers (and in Mac’s case, co-producer) as well.

In most ways, the tune seems aimed at inspiring a young target audience for “UglyDolls,” with lines like “I know I’m Superwoman/I know I’m strong/I know I’ve got this because I’ve had it all along.” But maybe Clarkson and team are really looking to boost the spirits of the parents coming along for the film’s ride when she sings, “Can I just be tired without piling on all sad and scared and out of time.”

There’s much more pop action to come on the soundtrack, which doesn’t come out from Atlantic until April 26, in advance of the movie’s May 3 release date. Janelle Monae also has a voice role in the film, and she sings two songs with Clarkson, “All Dolled Up” and “Unbreakable.” (Monae also has one of the lead roles, and several songs, in Disney’s upcoming live-action “Lady and the Tramp” remake.)

Other voice cast members who have songs in the movie and on the soundtrack include Nick Jonas (“The Ugly Truth” and the promisingly titled “The Uglier Truth”), Bebe Rexha (“Girl in the Mirror”) and Blake Shelton (“Wallflowers & Weeds”). Pentatonix, Anitta and Why Don’t We make “inspired by” appearances on the soundtrack alone. Two more pop talents, Charli XCX and Lizzo, appear in the voice cast but not on the soundtrack.