Kanye West Promises Not to Sleep Until Album Is Out, Appears on ‘Kimmel’ (Watch) 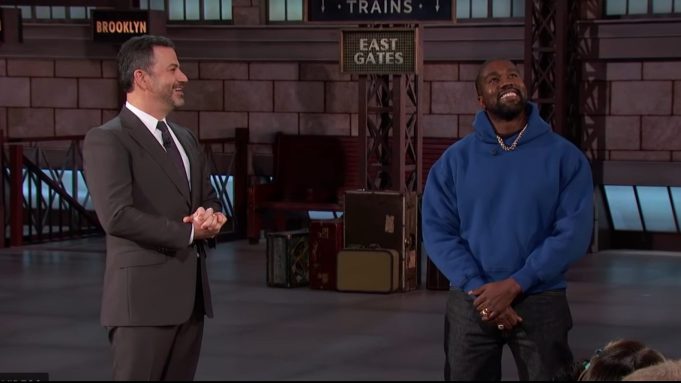 At the time of this article’s publication, the long national nightmare that is the release of Kanye West’s “Jesus Is King” album was ongoing — but the rapper offered a consolation prize of sorts by flying across country to appear on “Jimmy Kimmel Live” Thursday night.

The latest update on “Jesus Is King,” which has missed two official and several unofficial release dates, arrived at 1:18 a.m. ET, nearly 100 minutes after the album’s latest miscue. “To my fans – Thank you for being loyal & patient,” West tweeted. “We are specifically fixing mixes on “Everything We Need” “Follow God” & “Water.” We not going to sleep until this album is out!”

Thank you for being loyal & patient

We not going to sleep until this album is out!

This was apparently a last-minute decision, as West said during his pre-taped appearance on Kimmel,” “It’s gonna be dropping at 12 a.m. It’s out now.” (Puzzlingly, he did drop a mixtape of previously released, Christian-themed material on Thursday night, also called “Jesus Is King” and bearing the same artwork as the still-unreleased album.)

West had previewed the album and its companion film of the same title at the Forum in Los Angeles less than 24 hours before his appearance on the show, which is broadcasting from New York this week.

Also on the show, West talked about his recent wholehearted embrace of Christianity. Asked if he is a “Christian-music artist now,” West said he’s “just a Christian everything.” He also talked about buying land instead of designer jackets. “Putting ourselves on TV, we always have to show this luxury. I’ve got a cheap-ass hoodie on, and I’m a billionaire —“ he then caught himself and apologized for swearing. “Sorry I said ass — my Christian scorecard is lowered for the day.” They also ran a clip from the “Jesus Is King” film.

Kimmel also announced that West would be returning to the show Friday night for a “special performance from his new album Jesus Is King.”

Earlier this week, West was in Utah, where he had a two-hour interview with Apple Music’s Zane Lowe.