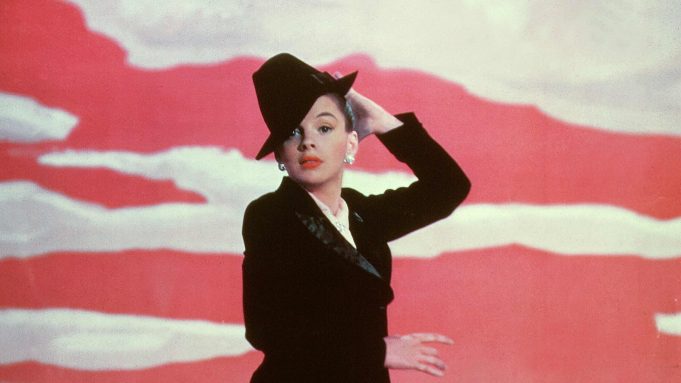 Judy Garland’s star power has never waned, and her light is shining especially bright ahead of the biopic “Judy,” which premieres today, with Renee Zellweger starring as the iconic performer.

Fifty years since her death, artists still look to the beloved “Wizard of Oz” star as a pinnacle of stardom. Indeed, her legendary performance of “Somewhere Over the Rainbow” in “Oz” and her Oscar-nominated starring role in the 1954 film “A Star Is Born” arguably would have cemented her legacy on their own. And some 50 years after her death from an accidental drug overdose, her work and her story continue to resonate with millions of people. These stars, whose love for Garland’s work is well-documented, are just a few.

Sam Smith
Smith, who sings alongside Zellweger in the brand-new single “Get Happy” from the “Judy” soundtrack, said in a statement that they were first introduced to Garland when they were 17 years old. “I did a project on Judy Garland for my Film Studies A-Level. I was immediately immersed into the magic of Judy and her incredibly brave and triumphant story,” they wrote. “She has remained as one of the icons of my life. She was one of the bravest humans out there and her vulnerability and honesty in her art still gives me goose bumps like it did the first time.”

Smith continued to note Gardner’s identity as a “gay icon.” “When I was younger — even before I was out — I had a voice teacher who was like a mentor to me. She was fond of Judy, Liza Minnelli, Barbra Streisand, Bette Midler, Cher. She cut my teeth on the classics and showed me all their movies and albums. So when I learned later that they were like the quintessential gay icons, I was like, ‘Oh, well, I got my education already.’ So I do have an appreciation for them. Yeah, they’re a bit camp, but these women were legendary for good reason.”

Ben Platt
“I spent a good part of my childhood dressed as Dorothy from ‘The Wizard of Oz,'” Platt said onstage before performing his own version of “The Man That Got Away” from “A Star is Born” in 2017. “I have always had a real fascination with Judy Garland and just worshiped her.”

Rufus Wainwright
“When I was a kid, I thought I was Dorothy,” Wainwright told Vanity Fair. “I had a little apron that I called my put-it-on, and I would run around being Dorothy. That was on a good day. My theory about ‘Judy and the gays’ is that what made her attractive was not her beauty. She had this magnetism, but it had nothing to do with statuesque features. It was just about this really unusual personality.”

Michael Feinstein
“When Judy Garland sang a song, she lived it,” Feinstein, a friend of the Garland family, told the Los Angeles Times. “She approached her songs with an intensity that was unusual in her time, because many singers were band singers who did more-homogenized presentations of songs — sometimes by order from the bandleader, and keeping with conventions of the time.”

Richard Glazier
“Her music and her legacy are multi-generational,” pianist and narrator Glazier told the Los Angeles Times. It speaks to us all. When she sings, even when you watch her in the movies or on television, you feel like she’s singing to you personally. That she feels your pain, that she reaches down into your heart and touches you in a very personal way.”