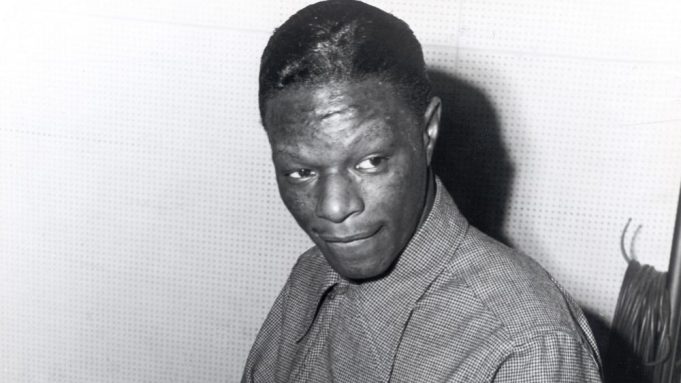 Counterintuitive as it might seem, there’s a large fan base for Nat King Cole that wishes he’d never sung a lick. Not because they harbor any grudge against his singing voice, but just because it took focus and attention away from what they believe was his real gift: being one of the 20th century’s greatest jazz pianists. Now comes the collection some of them have been waiting a lifetime for: an overwhelming box set (183 tracks spread over seven CDs or 10 LPs) dedicated to the pre-crooning era that jazz fans most fetishize, “Hittin’ the Ramp: The Early Years (1936-1943).”

The extensive liner notes include fresh interviews with or appreciations by Johnny Mathis, Tony Bennett, Harry Belafonte, Quincy Jones, Michael Feinstein and others. As you can hear in this clip of an interview Mathis did for the new box set,  the singer obviously took away a vocal influence most of all, but even Mathis suggests that one of the biggest parts of his hero’s talent, if not the biggest, lay elsewhere.

Mathis remembers Cole’s non-musical talent for friendship, too. “The thing that I most admire is that he was a gentleman in every situation… I want them to know that he was a gentle, kind, wonderful person who absolutely deserved every accolade that’s ever been bestowed upon him.” Mathis first met him after a show as a kid; after he was grown, they played golf and baseball together, and the singer fondly recalls that Cole “even sang a couple of my songs on the little television program that he had for a short time. I was over the moon about him! Not only because I met him at such an early age and he was so nice to me — he was the best I ever heard.”

“Hittin’ the Ramp” is the latest and definitely the largest release from Resonance Records, the non-profit label that has made use of Feldman’s sleuthing skills as “the jazz detective” to issue previously unreleased recordings by such giants as Bill Evans, Wes Montgomery, Eric Dolphy and Grant Green. Typically, Resonance’s historic albums have premiered with limited-edition vinyl released on the semi-annual Record Store Day events, but they’ve put out the 3,000-copy vinyl edition of the Cole collection on Nov. 1, independent of RSD — which bucks tradition, but will probably please jazz buffs who would rather pick up the LP set in a more relaxed setting than a frenzied Black Friday treasure hunt. The CD edition, of course, will be available in greater quantities and is not a limited edition.

The Wall Street Journal has been among those offering early praise for “Hittin’ the Ramp,” talking about the “virtuosic solos and exhilarating interplay” of the Nat King Cole Trio as they perform “jump blues and jivey shuffles with enthusiastic creativity,” adding that these styles are “a far cry from the lush balladry of his signature hits ‘Unforgettable’ and ‘Mona Lisa’… With its authoritative presentation and comprehensive discography featuring many rarities and unreleased tracks, it stands as an apt prequel to the 1991 release ‘The Complete Capitol Recordings of the Nat King Cole Trio,’ one of the gold standards in historical recordings.”