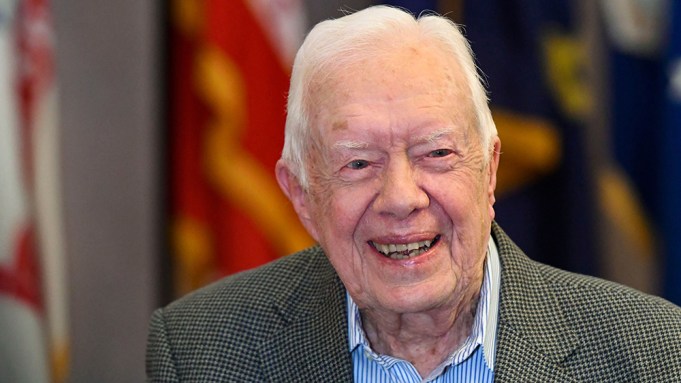 Jimmy Carter, the 39th president of the United States, has won his second Grammy Award for spoken word album for his biography “Faith – A Journey For All.” This personal reflection considers how faith has sustained him throughout good times and bad, inviting readers to find it for themselves. At the age of 94, the former POTUS won his first in 2016 for another one of his works, “A Full Life: Reflections at 90.”

Carter one of three U.S. presidents to win a Grammy alongside Bill Clinton and Barack Obama. Clinton has two Grammys, one for spoken word album 2005 for “My Life,” and another for spoken word children’s album for “Prokofiev: Peter and the Wolf/Beintus: Wolf Tracks” with Mikhail Gorbachev and Sophia Loren. Former President Obama won spoken word album in 2008 for “The Audacity of Hope.”

Last year’s winner was Carrie Fisher for her final book, “The Princess Diarist,” which details what took place behind the scenes on set of the “Star Wars” franchise. Fisher’s other novels and memoirs include “Wishful Thinking,” “Shockaholic,” “Postcards From the Edge,” “The Best Awful,” “Surrender the Pink,” and “Delusions of a Grandma.”