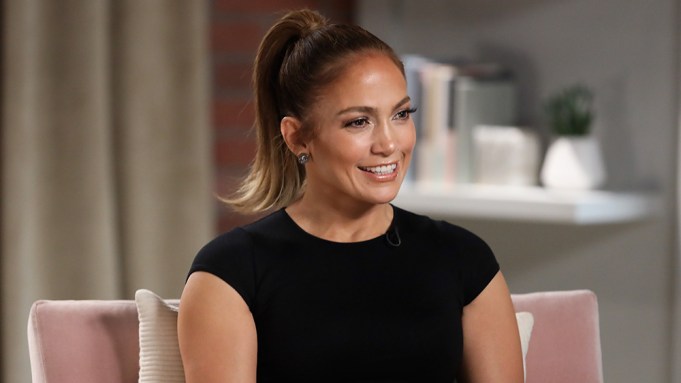 When Jennifer Lopez takes the stage at the 2020 Super Bowl halftime show with Shakira next February, she hopes that the performance will be a unifying moment, particularly for Latinos in America.

Lopez spoke about what she hopes to achieve at the Super Bowl in a conversation with Robert Pattinson for Variety‘s Actors on Actors issue, on stands this week.

“I don’t know anything about football,” Pattinson says. “So, you’re playing at the Super Bowl?”

“I am excited,” Lopez says. “I’m putting it together now. Me and Shakira together. We’re both excited to have been given the opportunity to do that, as two Latin women, in Miami.”

While she doesn’t mention the President by name, Lopez alludes to how Donald Trump has stoked racism against people of color, including the Latino community. “I think it’s important in this day and age for two Latin women to be standing on that stage — when Latinos are being treated a certain way in this country, or looked at a certain way — to show that we have a really specific and beautiful culture and worth and value, and we bring something to this country that’s necessary,” Lopez says. “I think that’s going to be an amazing moment. That night, I want it to be a celebration of who we are. All of us, because we’re in this together.”

“That’s how I feel,” Lopez adds. “I want to bring everybody together in that moment.”

Lopez is in the Oscars race this year for her role in Lorene Scafaria’s “Hustlers,” playing Ramona, the ringleader of a New York strip club. Pattinson is receiving some of the best reviews of his career for the indie drama “The Lighthouse,” directed by Robert Eggers, set in a desolate watchtower.

“Variety Studio: Actors on Actors” is an Emmy Award-winning series that highlights the best TV and movie performances of the year. In addition to Lopez and Pattinson, the latest season includes conversations between Brad Pitt and Adam Sandler, Tom Hanks and Renee Zellweger, Laura Dern and Sterling K. Brown and Kristen Stewart and Shia LaBeouf, among others. The series will air on PBS SoCal starting on Jan. 2.