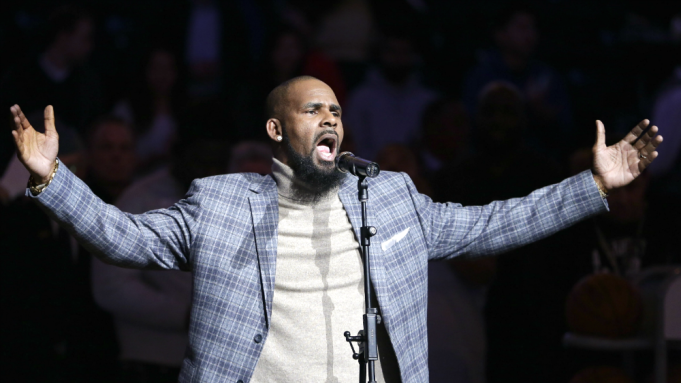 Jay-Z, Lady Gaga and Erykah Badu — all of whom worked with R. Kelly over the years — declined to be interviewed for “Surviving R. Kelly,” the Lifetime series documenting the sexual abuse allegations against the singer, executive producer Dream Hampton told the Detroit Free Press. In a separate interview, with Shadow and Act, she said Dave Chappelle, Mary J. Blige, Questlove and Lil’ Kim also declined to speak.

“Most people just don’t want to touch it,” Hampton said. “[Questlove] was like, ‘I would do anything for you but I can’t do this.’ It’s not because they support him, it’s because it’s so messy and muddy. It’s that turning away that has allowed this to go on.”

In a tweet that he later deleted, Questlove responded, “I always thought Kels was trash. My reason for declining the RKelly docu that I support 10000000 percent is I didn’t wanna be in the ‘good times’ portion of the doc, like stanning for his ‘genius.’ I was asked to talk about his genius. I do not nor have I EVER stanned for him.”

Apart from former Kelly protégé Sparkle — whose niece was allegedly in the sex tape that saw Kelly prosecuted and cleared of child-pornography charges in 2008 — John Legend was the only artist to be interviewed for the film.

Hampton said, “That makes John Legend even more of a hero for me.”

In a pair of tweets posted shortly before the first episode of the documentary aired Thursday night, Legend wrote:

“We should all thank my friend @dreamhampton for her very necessary work to create #SurvivingRKelly. These survivors deserved to be lifted up and heard. I hope it gets them closer to some kind of justice. … To everyone telling me how courageous I am for appearing in the doc, it didn’t feel risky at all. I believe these women and don’t give a f— about protecting a serial child rapist. Easy decision. … Also I’m happy to support the work of people like my friends at @ALongWalkHome who have been speaking out on behalf of the survivors for a long time.”

We should all thank my friend @dreamhampton for her very necessary work to create #SurvivingRKelly. These survivors deserved to be lifted up and heard. I hope it gets them closer to some kind of justice.

The special — reviewed here by Variety’s Caroline Framke — is a harrowing recounting of accusations and allegations against Kelly dating back to the early 1990s. In painful detail, his alleged victims, all of whom were teenaged or in their early 20s when they first met him, talk about a gradual transformation from a charming and seductive suitor to a controlling and abusive dominator. The series explores Kelly’s background, the allegations against him and the way that he has successfully defeated them in court.

Kelly has remained steadfast in his denial of any wrongdoing, despite more than 25 years of accusations from multiple women and their families.

Parts 2 and 3 of the six-hour series air tonight and Saturday on Lifetime.