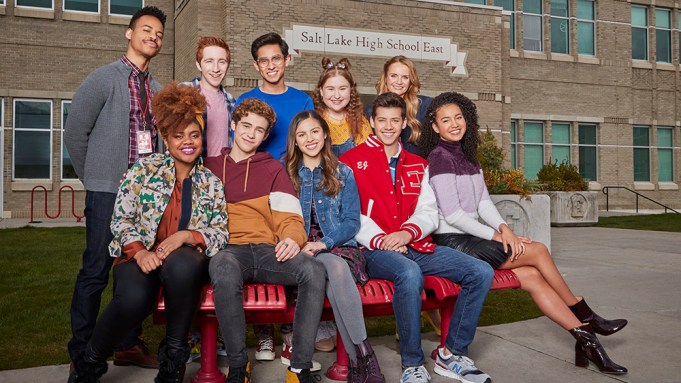 Disney has debuted a preview clip of the upcoming “High School Musical: The Musical: The Series” in which the cast discusses how the music of the original movies and 2019’s tunes combine to tell a new tale.

Indeed, it’s the start of something new: instead of cheering on Troy Bolton and Gabriella, a next generation couple takes center stage as the students of East High present the now-famous stage show.

“There’s no way to put on a production of ‘High School Musical’ without singing the songs,” creator and executive producer Tim Federle said. “The songs are great, they completely hold up.”

But, with new songs like “I Think I Kinda You Know,” fans of the Zac Efron-led franchise will be paying attention to protagonists Nini and Ricky played by Olivia Rodrigo and Joshua Bassett.

“There’s this underlying connection that Nini and Ricky have,” Bassett added. Rodrigo further expanded on the new title saying, “It was the song that Nini played for Ricky before they broke up. It kind of scared him saying I love you.”

The song appears to be a perfect fit for the entertainment duo’s relationship because, “it’s about what happens when you go to tell somebody I love you, but you can’t quite find the words so you do it in a song,” Federle said.

“High School Musical: The Musical: The Series” premieres Nov. 12 on Disney Plus. Following episodes will air every Friday starting Nov. 15.