Ariana Grande Gets Her Grammys Revenge With Multiple Nominations 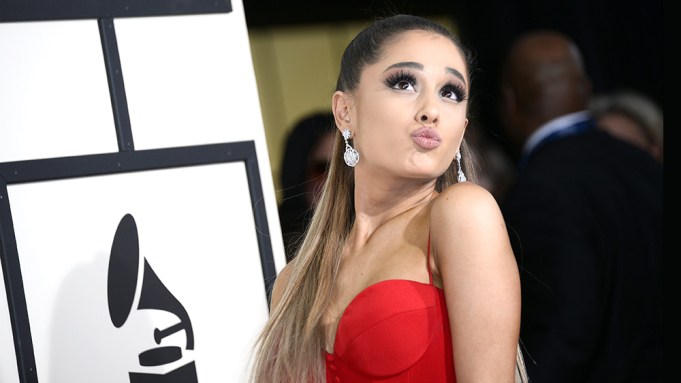 With five Grammy nominations revealed this morning, including nods in marquee categories album of the year (for “Thank You, Next”) and record of the year (for “7 Rings”), Ariana Grande is having one sweet (revenge) day.

The showing comes a year after a well-publicized dispute between Grande and longtime Grammys producer Ken Ehrlich — whose 40th telecast this year will be his last — which led to a chilly no-show. Ironically, the disagreement was over Grande’s desire to perform “7 Rings,” up for two Grammys this year, including best pop solo performance. The dustup led to complaints by Grande that her “creativity and self-expression were being stifled” when producers insisted “7 Rings” be part of a medley, and that they would choose the second song.

The situation got particularly tense as Grande and Ehrlich battled and contradicted one another in the press, which led to a heated conversation between the veteran Grammy producer and CBS exec Jack Sussman at one point as the controversy threatened to overshadow the show itself.  And it didn’t help that billboards and bus ads for the broadcast had already been displayed with Ariana Grande featured prominently, which further fueled her management team’s anger.

Grande tweeted at the time: “It’s about collaboration. it’s about feeling supported. it’s about art and honesty. not politics. not doing favors or playing games. It’s just a game y’all.. and I’m sorry but that’s not what music is to me.”

It wasn’t a good look, especially after the infamous “step-up” imbroglio two years ago in which now-departed Recording Academy President Neil Portnow gave a flip answer to a Variety reporter’s questions about gender inequality on the show. If last year’s female-dominated Grammys seemed like a corrective remedy for that, this year’s ceremony — the first under new President/CEO Deborah Dugan —  doubles down on that inclusion, undoubtedly complete with an olive branch to Grande to come perform whatever the hell she wants.

Grande is no stranger to the Grammys. She performed “Just a Little Bit of Your Heart” at the 57th ceremony in 2014, marking the first of her 11 overall nominations to date (including her five this year). The track was from Grande’s second release, “My Everything,” which received a best pop vocal album nod, while “Bang Bang,” a collaboration with Jessie J and Nicki Minaj, was up in the best pop duo/group performance.  From 2015 to 2019, Grande earned best pop vocal Album nods for both “Dangerous Woman” and “Sweetener,” which finally earned Grande her first-ever Grammy last year.

And now Grande may finally get to sing “7 Rings” on the prestigious show, which would be a fitting way to bury the hatchet with the well-respected Ehrlich as well. The veteran producer has long since proven that his driving ambition is to make the shows he works on better. And given the politics involved in those choices, the fact he’s lasted this long and gets to exit pretty much unscathed is a remarkable achievement in and of itself. As four decades of his own self-declared magic Grammy moments come to a poignant close, this performance has the potential to join that list.

“I see it, I like it, I want it, I got,” Grande sings on “7 rings.” She might as well be talking about this year’s Grammy Awards. Thank you, next.