Continue to Variety SKIP AD
You will be redirected back to your article in seconds
Apr 21, 2019 7:37pm PT

Florence & the Machine Premiere New Song on ‘Game of Thrones’ 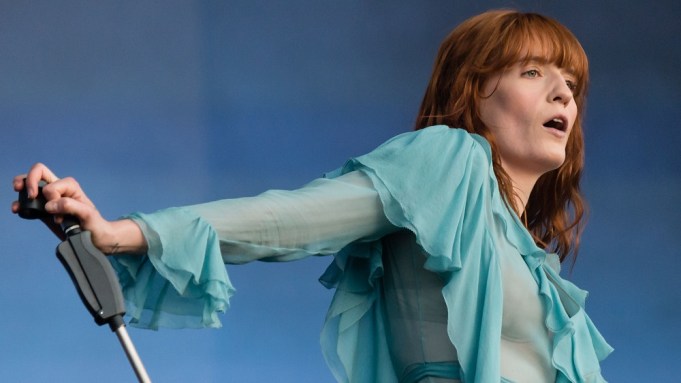 [pmc=related] If the voice singing the song during the end credits of “Game of Thrones” tonight sounded familiar — or unmistakable — yes, it was Florence + the Machine. The group’s version of the original “Game of Thrones” song “Jenny of Oldstones” debuted during the closing credits of this season’s second episode, following a rendition sung by Podrick Payne earlier in the episode.

Florence, the only artist to be featured in the final season of the hit HBO series, recorded the song after being personally approached by the show’s creators, longtime Florence fans David Benioff and D.B. Weiss.

“We’ve always been huge fans of Florence’s music, and the Season 2 trailer with her song ‘Seven Devils’ was possibly the most powerful we’ve ever had,” Benioff and Weiss said in a statement released after the show. “So the opportunity to hear her otherworldly voice on our show was always at the forefront of our minds. We’re still pleasantly shocked that she agreed to sing ‘Jenny of Oldstones,’ and we’re in love with the result.”

“When I first heard the song it sounded like a Celtic lullaby to me,” says Florence. “Celtic music has always been in my blood, so I felt like I could do something with it. The magic and ritual in ‘Game of Thrones,’ not to mention the costumes, have always appealed to me. I am honored to be a part of the final season.”

Florence + the Machine launch a North American tour in May, including headlining dates at Governors Ball in New York and FORM in Arcosanti, Arizona,

†with Christine & the Queens