Continue to Variety SKIP AD
You will be redirected back to your article in seconds
Oct 11, 2019 4:07pm PT 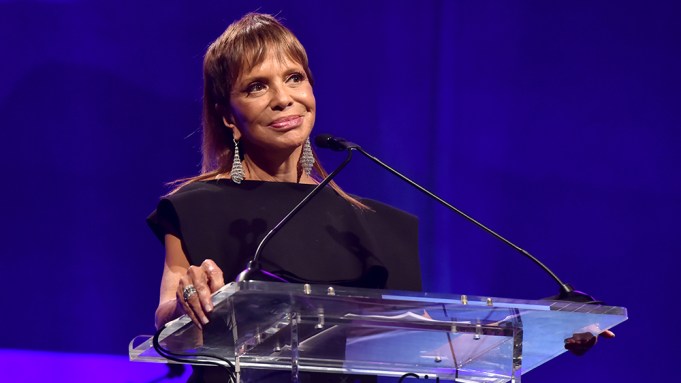 Courtesy of City of Hope

The music industry turned up en masse to honor Epic Records chairwoman and CEO Sylvia Rhone with City of Hope’s “Spirit of Life” award on behalf of her professional and philanthropic achievements. The black tie event, held at the Barker Hanger in Santa Monica, is curated by City of Hope’s Music, Film and Entertainment Industry Group which has raised over $124 million since its founding 46 years ago. Performers who took the stage throughout the night included Yolanda Adams, Sara Bareilles and Alicia Keys and En Vogue.

Rhone marks the first woman of color to be recognized by the renowned medical treatment center, and the significance wasn’t lost on Rhone. “It’s a historic moment tonight,” she told Variety. “This is an organization that has been around for 46 years and in that time very few women have been honored. And until last year when Jon Platt got his, there were not that many people of color honored. So for me it’s like a homecoming, so to speak —it’s for me, but it’s for every black woman. I look at it that way in a collective sense.”

Rhone has literally made a career of shattering glass ceilings, and back in April, she became the first woman of color to chair a major label. “Sylvia is a trailblazer — a pioneer in every sense of the word,” said Platt. Eric H. Holder Jr., the 82nd Attorney General, hailed her as “the most inspirational woman in the history of the music business.” Alicia Keys also sang Rhone’s praises to Variety: “She’s a legend,” said the Grammy-winning artist. “She is powerful. She is like the one of one. And I’m so proud to be supporting her as another woman in the music industry.” DJ Khaled was also onhand to support Rhone: “She’s a queen, a music mogul, an icon,” he said, noting her relentless work ethic. “She’ll text me at like four, five in the morning.”

But in an industry that is arguably dominated by women of color — from Beyoncé (pop) and Lizzo (R&B) to Cardi B. (rap) and Jennifer Lopez (Latino/dance) — why isn’t that diversity reflected on the executive side? Rhone averted her eyes and sighed. “That’s life in America,” she said. “So that’s the problem. Even on the female exec side, how many chairmans are there of companies? But I’m very optimistic about what the opportunities are going to be. This is a big watershed moment today, so we’ll see what happens.”

Platt couldn’t agree more. “We have to continue to have these moments where people from all walks of life can see themselves in that moment — because not only will our industry be better for it but the world will be better for it,” he said on the red carpet. “Listen, music has always been diverse. And our industry should be as diverse as the music that we represent. That’s the goal.”

That sentiment was echoed later on thanks to a surprise performance by one of Rhone’s signature acts on the 30th anniversary of their formation — the original funky divas from Oakland known as En Vogue. “Free your mind and the rest will follow,” sang all four original members, the inescapable chorus to the group’s 1992 hit. “Be color blind — don’t be so shallow.” But before that unexpected reunion, Yolanda Adams belted out a solo set, followed by a duet between Keys and Sara Bareilles, who sat facing one another at conjoined grand pianos for the anthemic mash-up of “Girl on Fire” and “Brave” that we didn’t know we needed.

“We tried to put together a night that was more female-driven,” Rhone said of the entertainment. Then she got personal: “I sat in these rooms for 20 years wondering if there would be anybody up here that looked like me getting the award. I sat there with a a great deal of respect for those honorees. No question about it — they were amazing men. But,” she added after the laughter in the room eventually died down, “it’s time for a change.”

Named chairman/CEO of Epic Records earlier this year, in the 1990s, Rhone became the first African American woman to serve as chairman of a record company, holding that title at Elektra for a decade before she moved on to positions at Universal Records and Universal Motown. She began her career at Buddah Records in 1974.