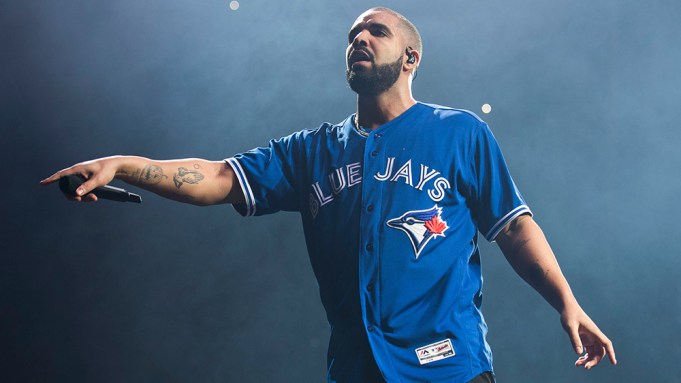 Daniels, who admitted being paid hush money before the 2016 election by the Trump Campaign to keep quiet about their affair, may have overstated her case by saying,

“My name is Stormy F—ing Daniels, and I am the reason that Donald Trump is f—ed.” YG then asked “You f—ed Donald Trump?!” She replied, “I wouldn’t call it f—ing, I just laid there.”

As for Drake, fans had been expecting a surprise appearance since Tyler first announced the lineup, as the poster featured question marks indicating an unnamed headliner — and even though Frank Ocean has never performed at the festival, as Tyler’s former bandmate in Odd Future, it wasn’t much of a stretch.

Instead, there was Drake, who performed nine songs wearing a “Siamese Dream”-era Smashing Pumpkins T-shirt. But when he asked the increasingly restless crowd whether they wanted him to continue, they chanted “We want Frank!”

The response was apparently negative.

Reaction to the booing was mixed online, but one artist who scolded his hometown audience was Billie Eilish’s brother and musical collaborator Finneas. “If you stand in the crowd and boo at one of the most influential musicians of the decade, you’re a huuuuuuuge dork and you should know that hating popular things doesn’t make you smart or interesting or cool,” he tweeted. “Go watch whoever else is on the festival if you’re so upset.”

He then responded to what was apparently a quickly deleted tweet about the recent wave of booing that has greeted President Trump, saying “Boo-ing politicians is different. Politicians represent the american people and if you feel unrepresented, it is important to express that. Booing during ‘hold on we’re going home’ just makes you a child who wanted something else for dinner.”

Drake was booked as a surprise headliner for the Camp Flog Gnaw festival, but the fans were expecting Frank Ocean, so he got booed pic.twitter.com/w24AJucsfh