Continue to Variety SKIP AD
You will be redirected back to your article in seconds
Oct 8, 2019 6:00am PT 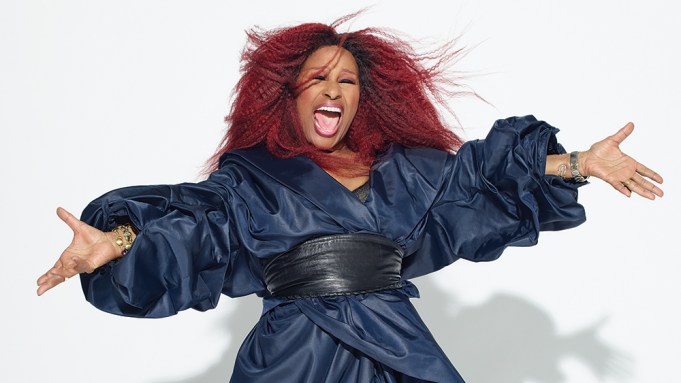 Children have been the focus of Chaka Khan’s charitable endeavors for years; music has been her life’s calling. So it’s no surprise that the legendary singer found a way to combine the two with her support for Little Kids Rock.

Founded in 2002, the New Jersey-based nonprofit provides instruments and materials for music-based curricula for public schools across the country. The decline in the number of K-12 schools that are able to offer music- and arts-related programs is alarming to Khan.

“I’ve seen music do some amazing things for people who weren’t expected to do anything,” Khan says. She loves that Little Kids Rock was started by a frustrated elementary school teacher who managed to garner support from such notables as Carlos Santana and Bonnie Raitt.

Khan first made her mark in the 1970s as a member of the funk outfit Rufus, which had hits with “Tell Me Something Good,” “Everlasting Love” and “Ain’t Nobody.” In 1978, she went solo and began scoring with such enduring songs as “I’m Every Woman,” “I Feel for You” and “Through the Fire.”

She saw music’s power to heal firsthand when her brother and longtime collaborator, bassist Mark Stevens, suffered a massive stroke in 2016. While Stevens was in a coma, Khan and other family members instinctively knew what he needed to speed his recovery. “My sister and I kept the headphones on him, and we just kept all of our [1980s] music pumping,” Khan says. “The doctor told us that usually people who have it as bad as he did don’t come out of it. Now he’s back. He’s taking college classes and teaching bass. So I’ve seen the magic.”

In 1999, she launched the Chaka Khan Foundation to raise awareness about autism in communities of color. She was moved to do so after her nephew was diagnosed as being on the spectrum. Today, her nephew is 21 and still primarily non-verbal. “But he can sing,” she says. “We sing together all the time. Music and horses help him connect to us.”

Khan’s world these days largely revolves around her two children, four grandchildren and one great-grandson. “They put on shows for me — it’s so cool and beautiful,” she says.

Khan also has a cherished friendship with fellow music legend Joni Mitchell, who suffered a stroke in 2015. She lives within walking distance of Mitchell’s house, which means that when Khan is in L.A., she makes a point of spending time with one of her musical idols. Once again, she found, music was the kinetic energy that Mitchell needed.

“I told her, ‘You are going to roll that chair up to the piano and start writing and singing again,’” Khan says. From one singer to another, Khan says she felt a debt to Mitchell, whose songs and lyrics helped her through tough times at the height of her success in the 1980s. “She saved my life many times,” Khan says. “Many nights I’d get on my tour bus, lock the door and blast her music.”

Khan’s experiences have solidified her faith in the potent ways that music can change lives. Supporting Little Kids Rock is her attempt to ensure that youngsters are exposed to arts not as a luxury but as a means of tapping into an essential part of their humanity.