Cardi B Talks New Album, the 2020 Election and Her Feature Film Debut with J. Lo (Watch) 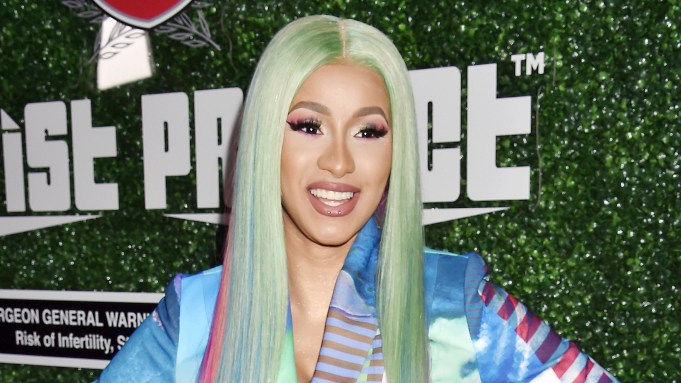 Cardi B won’t be visiting Donald Trump in the White House anytime soon.

“I hate him. I just hate him,” the rapper said Friday night at Swisher Sweets’s 2019 Spark Award Party in WeHo.

In an exclusive interview with Variety, the Grammy-winning artist said she couldn’t elaborate on the Trump comment (“I have a court case, LOL”) but preferred the politics of Bernie Sanders in the 2020 election.

“Bernie (Sanders) doesn’t say things to be cool,” she said. “There are pictures of him being an activist from a long, long time ago.”

She was also recently impressed by Democratic candidate Tim Ryan (rep-OH) after seeing one of his videos online.

“We need healthcare!” she declared.

As for the new album she teased earlier this year, Cardi said she still wanted to put out the sophomore record in 2019.

Her debut LP, “Invasion of Privacy,” just went triple platinum so the 26 year-old is taking her time.

The “Money” rapper did tease a collaboration on the album with two young, relatively unknown artists whom she couldn’t name.

“Y’all will find out in October who they are,” she told Variety’s Marc Malkin, before back-tracking quickly. “I’m not saying the new album is out in October, but you will see why.”

Cardi B says she's trying to put out a new album this year (Watch) pic.twitter.com/ziYIeZrXIj

The hip-hop artist also discussed her upcoming feature film debut, “Hustlers,” in which she stars opposite Jennifer Lopez, Constance Wu and Julia Stiles. The story follows a group of strippers as they scam their Wall Street clientele out of thousands of dollars.

“I might teach her a little somethin’,” Cardi, a former exotic dancer herself, said of pairing up with J.Lo.

“I’m excited,” Cardi said about the STX project, which she shoots next month. “I love the story. It still happens in the strip club community and I cannot wait to act.”

Before heading into the party, she also gave a shoutout to K-Pop sensation BTS, who were seen dancing to her Grammy performance earlier this year.

Would she ever collaborate with the Korean pop group?

Would @iamcardib ever work with K-pop sensation #BTS? "Sure, I like them. They're so adorable" pic.twitter.com/4paogvE4rK

Cardi B: "People can be better looking than me, have more money than me, but my spark, my energy is unmatchable" | LIVE at the 2019 Spark Party pic.twitter.com/DlDzLQSWel