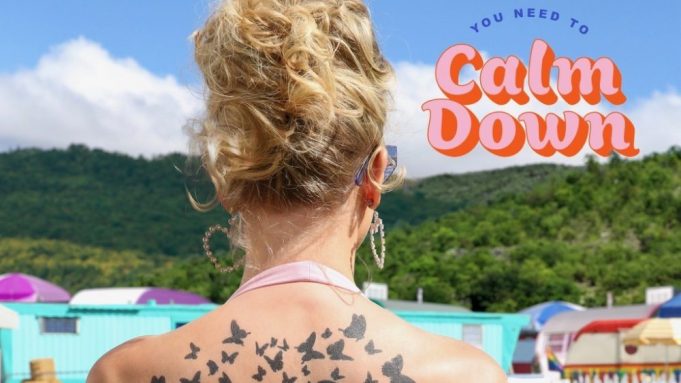 Cara Delevingne is praising her close friend Taylor Swift for her “incredible” newly released “You Need to Calm Down” music video and recent public support for LGTBQ rights.

“I cried and I’ve been texting her all day,” Delevingne told Variety of Swift.

Variety spoke to the actress and model on the red carpet before she accepted the Hero Award at the TrevorLIVE New York gala at Cipriani Wall Street. Delevingne, who identifies as queer, was honored for her commitment to supporting the organization as they work to end suicide among LGBTQ youth.

“What [Taylor] is doing is brilliant. It’s just the beginning,” said Delevingne, who appeared in Swift’s celebrity-filled “Bad Blood” video in 2015. “Most of those people who are in support just don’t realize how important it is to say it out loud.”

Swift has been lauded in recent months for being vocal about social issues. Her new song includes lyrics like “Why are you mad, when you could be GLAAD?” The video closes with the message: “Let’s show our pride by demanding that, on a national level, our laws truly treat all of our citizens equally. Please sign my petition for Senate support of the Equality Act on change.org.”

“We were talking today and she was like ‘You were one of the people that helped me get to this place,’” Delevingne explained to reporters about Swift’s very public message of support for the LGBTQ community. “It’s not that she never believed it; it’s more that I don’t think she realized how much they need it.”

“Taylor Swift is one of the world’s biggest pop stars. The fact that she continues to use her platform and music to support the LGBTQ community and the Equality Act is a true sign of being an ally,” said Anthony Ramos, GLAAD director of talent engagement, in a statement. “‘You Need to Calm Down’ is the perfect Pride anthem, and we’re thrilled to see Taylor standing with the LGBTQ community to promote inclusivity, equality, and acceptance this Pride month.”