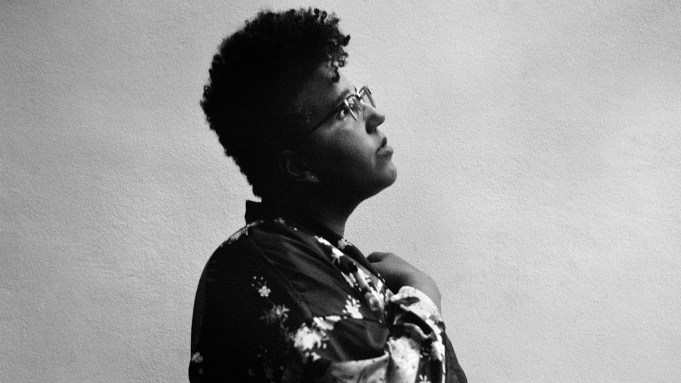 Actor and TV host Terry Crews plays a member of the working class in the new music video for Brittany Howard’s “Stay High,” but these aren’t the working-man blues, per se. There’s nothing but uplift in a sweet clip that portrays Crews coming home to his family after a long day at his manufacturing job, with a few detours along the way where patrons at a supermarket, diner and ice cream stand seem to be subtly keeping time with the gentle rhythm of Howard’s first solo single.

The video precedes by a couple of months the release of Howard’s debut album outside of Alabama Shakes, “Jaime,” due September 20. After all those years as the front woman of that band, “Stay High” marks the first time she’s appeared in a music video for a song she’s sung. But it’s a blink-or-you’ll-miss-it cameo, as Crews leaves the factory floor at the beginning. The actor is lip-synching to her voice throughout the song, and it’s not played for male/female incongruity — there’s just enough androgyny to her vocal performance that you can believe that’s his falsetto as he drives down the Alabama streets.

Crews got an email from Howard “asking me to be a part of a song she wrote that was all about her dad and how special he was to the family,” said Crews. “And she poured her heart out in this letter. … Brittany was like, ‘We can shoot it in L.A.,’ and I said, ‘No, I’m coming to you — we’re going to Alabama. We’re going to where you grew up, to where your family is.'” Howard says that, aside from Crews, the cast is made up of her family and friends in her hometown of Athens… including her dad, K.J. Howard, who does make a cameo of his own, as well as receiving an end-titles dedication.

One of the more special things about the clip, directed by Kim Gehrig, is how almost subliminally the townspeople are keeping the beat of “Stay High,” with little more than a tap of the fingers to indicate that they, too, have a song in their hearts and heads as they shop or lap up ice cream as a hot Southern weekday cools down.

Howard was determined to land the star of “America’s Got Talent,” “Everybody Hates Chris” and “Brooklyn Nine-Nine,” saying he plays “a man who isn’t out to change the world (but) just wants to come home to those who understand and love him.” Crews will have to play it a lot less modest if he succeeds in getting Disney to cast him as King Triton in the upcoming remake of “The Little Mermaid,” a as he’s been stumping for this past week on social media.