Bradley Cooper on Singing With Lady Gaga in Vegas, Prepping for Oscar Performance 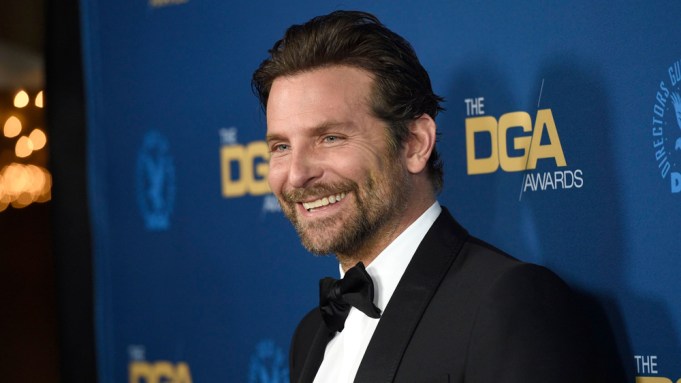 He might not be getting his own Las Vegas residency anytime soon, but Bradley Cooper sure looked like a pro on stage during “A Star Is Born” co-star Lady Gaga’s “Enigma” show.

Cooper surprised a Vegas crowd last weekend when he joined Gaga for a performance of their hit “Shallow.”

“I could have ran out of there at the last minute, especially after watching her whole show,” Cooper told Variety‘s Marc Malkin on the red carpet of the Directors Guild Awards.

“The thing that I was blown away by was that it felt like it was a city stop on a tour. It didn’t feel like people were just sort of strolling in from the casino,” he added. “It really felt like it was during her tour.”

The actor-director, up for two DGA Awards on Saturday, will next take the stage with Gaga on Oscar Sunday, when the duo will perform the Oscar-nominated song live again. Cooper said he will “double down” and begin prepping for the performance on Feb. 14.

He said he never thought he’d be singing in a movie, let alone at the Academy Awards.

The academy had initially planned to only allow live performances for “Shallow” and “All the Stars” (from “Black Panther”), but backtracked earlier this week following backlash. Now all five best original song nominees will be performed on the Feb. 24 telecast.