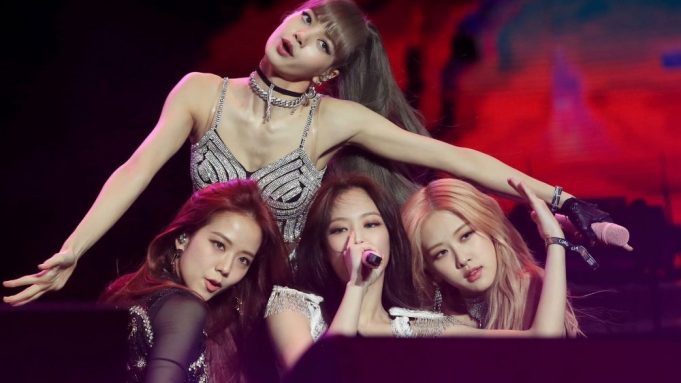 Memo to the Spice Girls: Never mind about that whole-group reunion the world has been wanting for the last couple decades. We may officially be covered on girl groups, for a lot of years to come, based on the reception to Blackpink’s first public full-length concert in America at Coachella Friday night.

“I have a few words to say,” said the group’s Rosé, introducing the final numbers. “Us coming all the way from South Korea, we didn’t know what to expect, and obviously we — you guys and us — we’re from totally different worlds. But tonight I think we’ve learned so deeply that music brings us as one. So I want to thank you guys tonight for sticking by to the end of the show,” she added, aware that a large contingent of the audience consisted of the merely curious. “You guys are awesome. And those of you who will be joining us at the concert next week, we’ll see you soon.”

The concert in question is Wednesday night’s headlining show at the Forum in Inglewood, which marks the proper start of their U.S. tour.

But if this was a slightly abridged version of what they’ll shortly be taking to a headlining arena trek, there was little that was condensed about the audience’s enthusiasm as the K-pop quartet managed to speed through 13 songs in a set lasting just over 50 minutes. They performed three of five songs from their recent “Kill This Love” EP, while also finding time to gush over a massive Sahara Tent audience that, ingenuously or not, they claimed was bigger than they expected.

Lisa stood out as a surprisingly commanding bilingual rapper. While the pony she rocked gave her a slight resemblance to Sunday night’s headliner, Ariana Grande, no one would have mistaken her for that other Coachella star once she tore into the live premiere of the recent EP’s “Kick It.” Other songs in the set included “DDU-DU DDU-DU” as show opener, Jennie going solo with (naturally) “Solo,” and their 2017 “Kiss and Make Up,” minus Dua Lipa, but no worse for it.

It wasn’t always easy to tell who in the audience was a hardcore fan and who was in the process of discovery, given that the enthusiasm levels often matched. On the way to the Sahara Tent, frat-type bros could be seen screaming “Blackpink,” and whether it was out of some sense of intended irony or serious wasn’t immediately apparent. But if already knowing the words was any indication of fandom, the faithful in the crowd didn’t always break down along obvious demographic lines. Punk-looking kids (a rare commodity at Coachella in these post-rock days) sang along, and so did a white, late ’50s-ish couple who seemed to already know all the words, right alongside the expected throngs of Korean Americans and the younger women who might have been expected to have discovered Blackpink through having BTS as a gateway drug.

The choreography might be more of a selling point than the music — and it was seamless enough among the four that the addition of a half-dozen or more other dancers seemed superfluous — but the music, too, was well crafted, and right in the pocket for Coachella’s late-’10s bent toward optimism.

“We had so much fun. I think I’ll remember today for the rest of my life,” said Lisa, suggesting that, although they had every practical reason to expect America to fall into line, too, maybe they hadn’t taken it as a complete given after all.