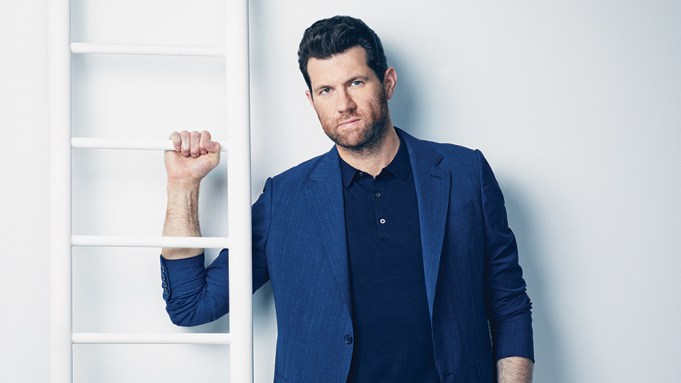 When Taylor Swift released her “You Need to Calm Down” music video, it seemed like every member of the LGBTQ in Hollywood was included — except for Billy Eichner.

“I’m still not gay enough for Taylor Swift — or too gay — I don’t know what it is,” Eichner joked at Variety’s Power of Pride event. “Taylor, I’m gay too, alright. So, you know, next time, include me.”

The “Billy on the Street” star also responded to recent backlash regarding Swift’s new music video. After she shared the video online, some critics accused the pop star of taking advantage of the current gay rights movement for personal gain, but Eichner doesn’t agree.

“You know I think overall we need all the allies we can get. I was really genuinely impressed by how vocal Taylor was during the midterm elections, telling her following to vote, coming out on behalf of democrats even though she’s from the south and a deep red state,” he said. “I really thought that was so important. She got so many people into the system who now will hopefully continue to be in the system and continue to be politically engaged.”

However, Eichner did have a strong message for corporations pretending to support the LGBTQ community while also donating to republicans.

“I think it’s great to have corporate support; I just hope those same corporations stop donating to republicans because they seem to do both,” he said. “They do gay pride but they also donate to republicans who are working against LGBTQ equality, so you gotta choose, one or the other.”