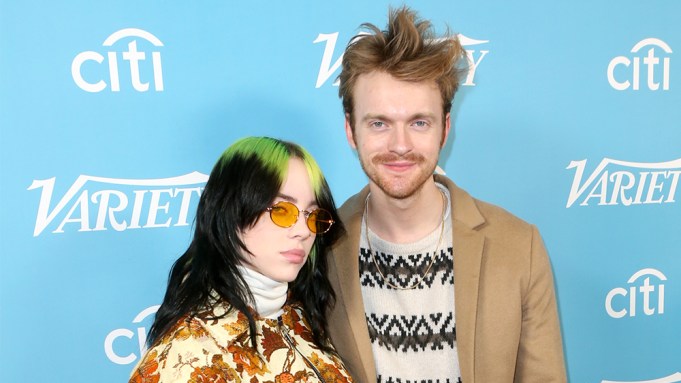 Billie Eilish might have become the subject of some online vitriol after she had a less than enthusiastic response to Lady Gaga’s 2010 VMAs meat dress and admitted she didn’t know Van Halen, but Variety‘s 2019 hitmaker of the year really doesn’t care.

“I don’t know,” she continued on the red carpet for Variety‘s 2019 Hitmakers brunch. “People try to frame me for being shady and I’m not even, so I don’t care. I’m just being honest, I’m not gonna lie!”

Her older brother, Finneas, who is also one-half of the songwriting team that is Billie Eilish, acknowledged that he might not have such a carefree attitude about internet trolls.

“She is much better at it than I am,” he told Variety‘s Marc Malkin, “which I think is part of being a big brother. It’s like, I’m super protective and I don’t want anyone to say anything mean about her, and because it’s her and she’s got really thick skin, she goes, ‘It’s fine, it’s just the Internet’ but I’m always like that, I’m always like, ‘Hold me back.'”

When asked whether he feels the urge to hit back at people on Twitter, he said he does.

Eilish received the hitmaker of the year award at the Hitmakers brunch in West Hollywood, Calif. Other artists feted include Ellie Goulding with the Decade Award; Swae Lee as crossover artist; Megan Thee Stallion as breakthrough artist; and Ryan Tedder as songwriter of the year. Lil Nas X was present to support Tedder, while Kacey Musgraves turned out to laud her manager, Jason Owen.

Watch the red carpet interviews above.