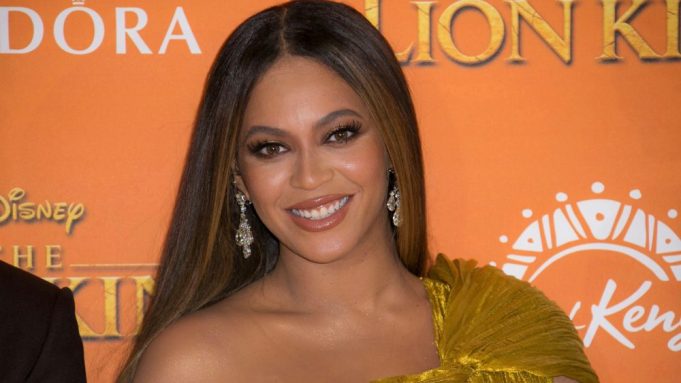 Beyoncé fans are stampeding across the web veldt to get a look at her just-released music video for “Spirit,” the original song she co-wrote and sang for the “Lion King” soundtrack. The track is also included on the companion album she executive-produced and will release Friday, “The Gift.”

Clips from the computer-animated film are interspersed with shots of the singer in a succession of spectacular, revealing gowns, often engaged in choreography with a troupe of dancers. Her daughter, 7-year-old Blue Ivy, makes a cameo.

Beyoncé didn’t have to go all the way to Africa to find locations for the video, but neither did she rely on the movie’s all-digital magic. At least some of it was shot in or around the Grand Canyon just last week. The Arizona Republic reported that the request came in on July 8 for a shoot that happened only two days later, at Havasu Falls, one of the most coveted sites in the canyon. The newspaper said the Havasupai tribe granted permission for the singer and her crew to helicopter in for the five hours of shooting at the lagoon-like setting. TMZ obtained footage of filming taking place.

Ironically, perhaps, reported the Republic, the person taking the call from the location manager for the video — the  director of the Arizona state agency that facilitates shooting on location — was Mathew Earl Jones, younger brother of James Earl Jones, who voices Mufasa in the movie. Apparently Matthew is a less jealous brother to James than Scar is to Mufasa; he helped facilitate the request.

Nearly everything related to Beyoncé’s music for “The Lion King” and its two albums has been held under wraps till the last possible minute. The existence of the song “Hero” wasn’t revealed until the night of the premiere a week ago, when it literally was no longer possible to keep her musical contribution under wraps. That she had assembled “The Gift,” a “Black Panther”-style “inspired by” collection, was also unknown even to most industry insiders till that night. It was only Tuesday morning, less than three days out from the release of “The Gift,” that she posted a track and artist list for the album on her website.

The revelation of the track list and release of the new video were hardly the only big Beyoncé news of the day. Tuesday morning found her “Homecoming” Netflix film nominated for six Emmy awards, four of which are nominations for Beyoncé herself.