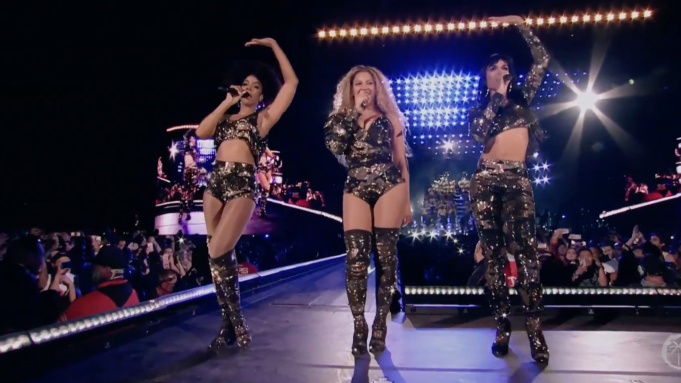 Just a week after Beyonce was crowned Entertainer of the Year at the NAACP Image Awards, the Beyhive has another reason to celebrate.

Netflix posted a tweet Sunday teasing its rumored upcoming Beyonce concert documentary, which will reportedly highlight her 2018 performance at the Coachella Valley Music & Arts Festival, and followed with a full trailer on Monday morning.

The film is available on Netflix starting on April 17.

“‘Homecoming’ presents an intimate look at Beyoncé’s historic 2018 Coachella performance that paid homage to America’s historically black colleges and universities,” the announcement reads. “Interspersed with candid footage and interviews detailing the preparation and powerful intent behind her vision, Homecoming traces the emotional road from creative concept to cultural movement.”

Variety‘s review of the show reads in part, “Part of the brilliance of Saturday’s set was that it was more of a half-time show than her half-time show, in that she took the marching band that has been persona non grata at the Bowl for years and built a 105-minute performance around overpacked horn charts, glorified drum majorettes and nonstop drumline insanity. Who would’ve guessed the missing ingredients needed to ratchet her catalog a step up into greatness were exceptionally arranged tubas and timbales? It was an over-the-top Busby Berkeley Hollywood musical brought to the modern day by way of the great HBCU marching units of the South, and it was fairly glorious.”

Beyonce was the first black woman to headline Coachella, and announced the Homecoming Scholars Awards Program to coincide with the event. The initiative provides scholarships to students attending HBCUs.