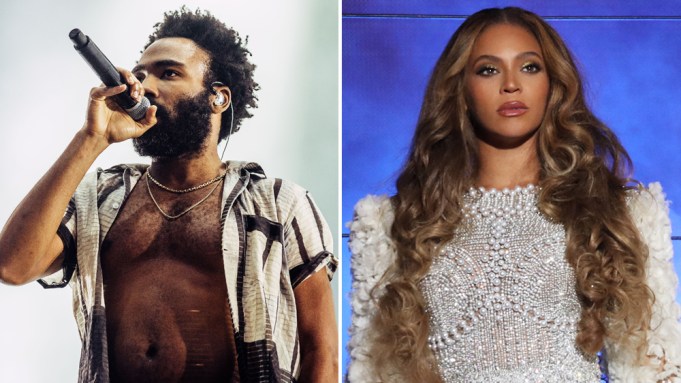 Anyone who’s longed to hear Beyoncé and Donald Glover harmonizing got just enough to further whet the appetite in a first snippet of their version of “Can You Feel the Love Tonight?” that’s included in a new commercial for Disney’s upcoming “Lion King” remake.

The TV spot lasts just 30 seconds, hardly time at all to hear how the two dig into the Elton John/Tim Rice classic. But Beyoncé beggars can’t be choosers, and her fans are already flipping out online over the tease, as are those of the artist sometimes known as Childish Gambino, whose pop balladeer chops have not been as much a matter of public record as his hip-hop skills.

Beyoncé is the voice of Nala and Glover is Simba in the CGI redo of the 1994 animated film, due July 19. With less than a month to go until release date, the soundtrack (which will also include familiar titles like “Hakuna Matata” and “Circle of Life”) has been kept far more under wraps than imagery for the film — a perhaps not surprising veil of secrecy, given the anticipation for how two music superstars will fit into a musical template that already nearly sells itself.

Soundtrack details and a release date for the album have not yet been revealed, presumably because Disney is waiting for an optimal moment to let the world in on whatever the new song is that John, Rice and Beyoncé are reported to have worked up for the end credits (and Oscar consideration).