Continue to Variety SKIP AD
You will be redirected back to your article in seconds
Mar 15, 2019 2:06pm PT

Surviving members of the storied rap group revisited “Ill Communication” with Amazon Music on top of a festival keynote. 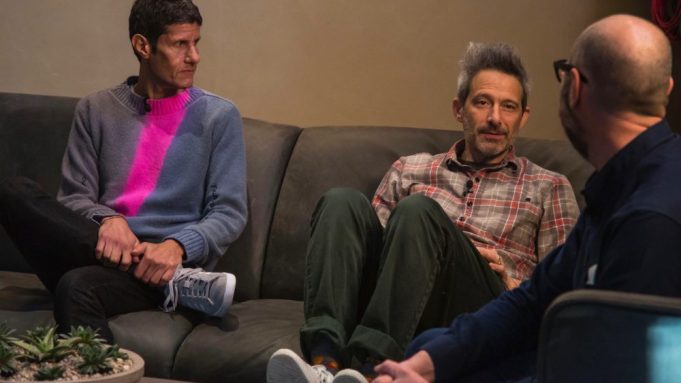 The Beastie Boys held a pair of “in conversation” events at SXSW this week, with the group’s Michael “Mike D” Diamond and Adam “Ad Rock” Horovitz taking part in a private, filmed chat about their “Ill Communication” album Thursday night before taking part in a bigger, career-spanning public keynote on Friday. And they’re not done talking yet: They used the occasion in Austin to announce multi-media/speaking appearances in New York City and Philadelphia in April, which will be directed by their longtime collaborator, Spike Jonze.

Diamond and Horovitz participated in Q&As with Amazon Music’s head of editorial, Nathan Brackett, at both SXSW appearances. Thursday’s interview, held inside the Public Hi-Fi studio, was filmed for a forthcoming Amazon Music exclusive suite of audio and video content planned for release this spring to celebrate the 25th anniversary of “Ill Communication.”

“Within our canon of work, it’s not the star,” Diamond deadpanned to Brackett about the quarter-century old landmark. It may not be his favorite, but the record represented a pivotal turn for the act, where the Beastie Boys picked up instruments and created hits such as their multi-platinum “Sabotage,” a song which Horovitz half-jokingly referred to simply as “smash” throughout the interview. The pair also revived the story —  as told in their book — that the song’s original title was “Chris Rock,” named not after the comedian, but a studio employee who bore that nickname because he was a fan of rock music, which seemed a good enough reason to put his name on a then-instrumental demo track by the band.

At Friday’s much larger public event for SXSW badgeholders inside Austin’s convention center, the pair touched on Beastie Boys history spanning their entire career. There, the pair revealed they will hold April events in New York City and Philadelphia similar to last year’s “Live & Direct” mini-tour in connection with the release of their “Beastie Boys Book,” which topped the New York Times bestsellers list in November. This time, however, the Beastie Boys will film their TED talk-style slideshow set to music with the help of Jonze. “We forgot to film” last year, Diamond joked.

Both surviving Beasties also touched on departed member Adam Yauch and his contributions to “Ill Communication,” partially inspired by his Buddhism-inspired trips to Nepal. “It was one of those things where we feel grateful,” Diamond said. “We had our own studio in LA and then Yauch, basically, he’d always really been interested in the world beyond. … He really had this thing [for travel],” he continued. “And it wasn’t just interest in the world; he really had interest in the people that lived in the world, and he really related to all the circumstances and he would bring that [feeling] back to the studio. [We] were so grateful just that you have a friend who is coming back and that’s just how we grew as a band, and as friends. … We had this place where we could all bring stuff back [to the studio].”

Horovitz also looked back fondly on that era with Yauch in L.A. during the recording of “Ill Communication.” “This dude’s into some heavy shit… positive shit that’s like, ‘We’re thinking about moving forward as people,’ and that’s f—ing awesome,” he said.

Of the “Ill Communication”-era Beasties, Horovitz commented on how much the trio grew as musicians. “We kinda grew [together] as musicians in this band,” he said. “By the time we started working on ‘Hello Nasty,’ it was like, we were kind of in the zone,” he continued. The 52-year-old then added that, however enduringly popular “Ill” is, “Hello Nasty” was actually his favorite Beastie Boys album.

“We wanted to try different things and try some things that we never tried before,” Horovitz said of the time just after “Ill Communication” for the act. “Whether we accomplished it or not, I’m proud that we did something different for ourselves and pushed ourselves… [‘Hello Nasty’] has legitimately weird songs on it.”

At the end of Friday’s keynote, the Beastie Boys revealed a few names who turned them down for the audiobook edition of the “Beastie Boys Book.” Most big names the act asked to read for the book said yes, including Jon Stewart, Ben Stiller, Amy Poehler, Will Ferrell, Snoop Dogg, John C. Reilly, Steve Buscemi, Kim Gordon and Rachel Maddow.

“We only got two direct ‘no’s’,” Diamond said. “Chris Rock was like, ‘I did my own audio book and it sucked,’ and Queen Latifah [just said] straight up ‘no.’”