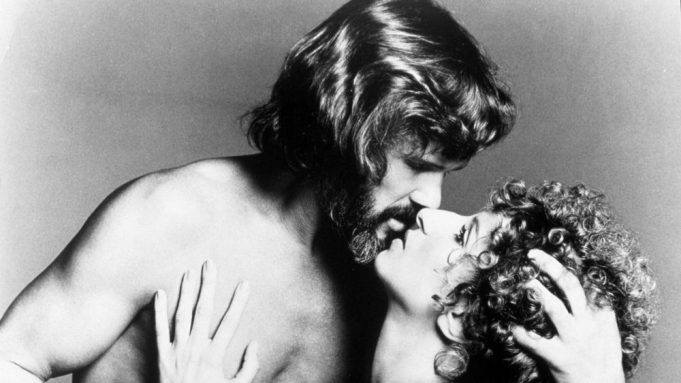 Barbra Streisand went deep, not shallow, in her song choices for a massive show Sunday night at London’s Hyde Park. As expected, or at least hoped for, the presence of Kris Kristofferson as an opening act on the bill did result in a “Star is Born” flashback, as the duo revived “Lost Inside of You,” a number from the 1976 movie that some fans insist should be an evergreen, too.

Following the obligatory rendition of “Evergreen” — the other song she co-wrote for the film in question — Streisand brought to the stage “one of my favorite leading men… Here’s a song that we sang together in the movie, right? I love this song,” she declared.

Although the song is unremittingly hopeful in its romanticism, there was added bittersweetness now as it began with the line, “Time has come again…” Streisand’s co-writer on the tune, Leon Russell, is no longer around. Kristofferson, thankfully, still is, and although Streisand has to do even more of the heavy lifting now than she did in 1975, her duet partner looked pleased to be reigniting the chemistry that captivated moviegoers 43 years ago.

“Lost Inside of You” has remained an underdog in her catalog for most of the intervening years, as she has seemed reluctant to revive it as anything other than a duet. Streisand has only ever added the song to her setlist on her 2012 and 2013 tours, where it was performed in partnership with her tourmate at the time, Chris Botti. But the faithful have long cottoned to see her on stage again with her movie mate, with or without a bathtub anywhere in the vicinity.

Streisand was performing in front of a sellout crowd of 65,000 at Hyde Park, said to be the biggest audience she’s performed for since a Central Park gig for 150,000 in 1968. Kristofferson was actually third down on the all-day bill, separated from the headliner by a set from Bryan Ferry.

Although no one could be certain Kristofferson would be taking the stage with his former costar after his preliminary set, he was perhaps less of a “surprise” guest than Lionel Richie, who took the stage with Streisand later in the show for “The Way We Were,” which they sang as a duet on her 2014 album “Partners.”

The set list was considerably different than it was on her long-running “Barbra: The Music, The Memories, the Magic” road show, which came to a close with two final concerts in New York last year. Songs new to or restored to this show included the opening “As If We Never Said Goodbye,” a version of “Any Place I Hang My Hat is Home” that included a monologue about London, “Alfie,” “Second Hand Rose,” a “Silent Night” that included a message about climate change, “What the World Needs Now” and a closing encore of “The Man That Got Away.”

Streisand had teased the idea of collaborating with Kristofferson again in some form in April on Instagram, when she posted a photo of her “Star is Born” costar “stopping by” and added, “Stay tuned.”

It was so wonderful to see my friend Kris who stopped by yesterday. Stay tuned…😉