Ariana Grande Hits Back at Grammys Producer: ‘You’re Lying About Me’ 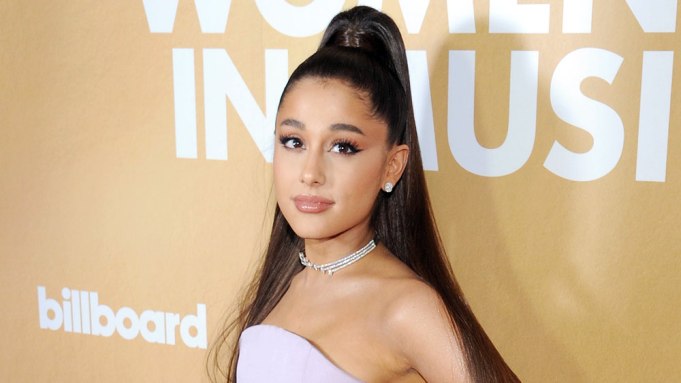 Ariana Grande has fired back at Grammys producer Ken Ehrlich’s claims that she’s not performing at the ceremony because they felt it was “too late for her to pull something together.”

“i’ve kept my mouth shut but now you’re lying about me,” Grande tweeted on Thursday. “i can pull together a performance over night and you know that, Ken. it was when my creativity & self expression was stifled by you, that i decided not to attend. i hope the show is exactly what you want it to be and more.”

“i offered 3 different songs,” she went on. “it’s about collaboration. it’s about feeling supported. it’s about art and honesty. not politics. not doing favors or playing games. it’s just a game y’all.. and i’m sorry but that’s not what music is to me.”

i’ve kept my mouth shut but now you’re lying about me. i can pull together a performance over night and you know that, Ken. it was when my creativity & self expression was stifled by you, that i decided not to attend. i hope the show is exactly what you want it to be and more. 🖤

Grande was responding specifically to an Associated Press article published on Thursday, which quotes Ehrlich as saying, “As it turned out when we finally got the point where we thought maybe it would work, she felt it was too late for her to pull something together for sure. And it’s too bad. She’s a great artist. And I’d love to get her in the show this year.”

Variety previously reported that Grande wouldn’t perform or even attend the ceremony due to a disagreement with producers over which songs would be featured. Insiders said Grande, who has an album debuting on Friday, felt “insulted” that producers didn’t want her to perform her “7 Rings.” While they reached a compromise in which “7 Rings” would be part of a medley, producers insisted that the second song would be their choice, which caused Grande to pull out altogether.

Making matters even more tense, Grande’s image is being used in billboards and advertising for the Grammy Awards which, according to sources, has angered the singer’s team who feel she is being used to promote the show with no commitment to actually participate. Curiously Drake, who is the most nominated artist and is up for 3 of the 4 marquee awards, doesn’t appear on any tune-in campaigns for the Grammys. An insider says the rapper declined to allow his likeness to be used in such a matter, “why aren’t female artists offered the same courtesy?”

The situation is more than a little similar to the impasse the Grammys reached with another young female performer, Lorde,last year, whereby they declined to let her perform a song from her “Melodrama” album — one of the five Album of the Year nominees — and instead offered her a spot during the show’s Tom Petty tribute, which she declined.

Some of these perceived biases have been percolating for some time but especially in the last year following remarks last January by Recording Academy president Neil Portnow that women need to “step up” to gain more recognition at music events like Grammys.

Grande is up for two Grammys on Sunday: pop solo performance for “God Is a Woman” and pop vocal album for “Sweetener.”