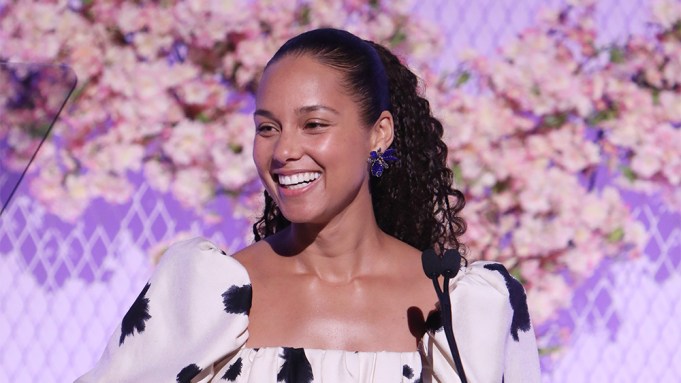 Alicia Keys will be hosting the 2019 Grammy Awards, the singer announced this morning via a video on her YouTube channel.

“I’m soooo EXCITED to announce that I’ll be hosting the 61st Annual Grammy Awards ✨!! There’s so much in store and I CAN’T WAIT for y’all to see it ALL come to life 💜 Tune in on February 10th at 5PM PST / 8PM EST. Only on CBS!”

The Grammy Awards will take place on Feb. 10 at Los Angeles’ Staples Center. The broadcast will air live on CBS from 8-11:30 p.m. ET/PT.

The home-made but elaborate nine-minute video shows Keys being told over the phone that she’s hosting, then telling friends, staff, her mother, husband Swizz Beatz (who’s in bed), and young children (who are nonplussed), and then trying on outfits.

Keys, who has won 15 Grammy Awards, was honored at Variety‘s Power of Women event in New York last April for co-launching Keep a Child Alive, a nonprofit aimed at combating the physical, social and economic impacts of HIV. In her acceptance speech, she spoke about the inequality that women face in the workplace and the world — and also at the 2018 Grammy Awards.

“Look at all the action that’s around us: women running for office in record numbers, women banding together in the entertainment industry, women demanding an end to disparity in the music industry like equal representation on the Grammy stage,” she said.

“We were told we need to step up. Well, you feel that step up now?”

By hosting the 2019 awards — which include a notably larger number of female nominees — Keys becomes part of the solution.

“I know what it feels like to be on that stage, and I’m going to bring that vibe and energy,” Keys said in the official Grammy announcement. “I’m so excited to be the master of ceremonies on the biggest night in music and celebrate the creativity, power and, magic. I’m especially excited for all the incredible women nominated this year! It’s going “UP” on February 10!”

“A dynamic artist with the rare combination of groundbreaking talent and passion for her craft, Alicia Keys is the perfect choice as host for our show,” said Neil Portnow, President/CEO of the Recording Academy. “Throughout her exciting career, I have watched her become a powerful force within the music industry and beyond. As an artist who speaks to the power of music, we are thrilled to have her on board for what’s sure to be an unforgettable Grammy Awards.”

“Alicia is one of those rare artists who meld true musical genius with heartfelt emotional lyrics to create a unique approach to everything she does. We have no doubt that she’ll bring all of that as she guides millions of Grammy viewers through what we believe will be a very special show in February,” said longtime Grammy Awards Executive Producer Ken Ehrlich.

It promises to be a big show: Kendrick Lamar led the nominations with eight nods recognizing his work for the “Black Panther” soundtrack, including the hit song “All the Stars” with SZA. Drake is right on his tails with seven nominations, and producer Boi-1da and Americana singer Brandi Carlile are just behind them with six apiece.

In a departure from last year, in which Jay-Z was the only artist to score nods in the top three categories, Drake, Lamar, and Carlile all garnered nominations for record, song, and album of the year. Drake’s single “God’s Plan” and his album “Scorpion” are both recognized; Lamar’s “All the Stars” and the “Black Panther” soundtrack he curated are vying for the top categories; and Carlile’s song “The Joke,” along with her album “By the Way, I Forgive You,” nabbed top nominations as well.