Continue to Variety SKIP AD
You will be redirected back to your article in seconds
Jun 20, 2019 10:15am PT

Elton John Has a Message for Struggling LGBTQ Youth: ‘Be Proud of Who You Are’ 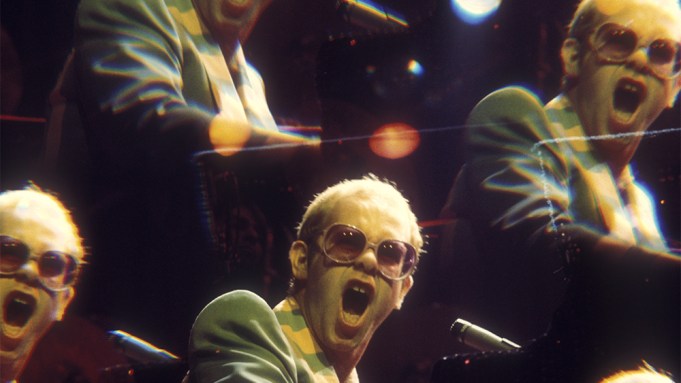 Elton John isn’t at a loss for words when asked if he has a message for young LGBTQ people who are struggling with their sexuality or gender identity.

In an exclusive interview with Variety at last month’s Cannes Film Festival, just hours before the world premiere of his long-in-the-works biopic “Rocketman,” John spoke candidly about the “privilege” of being a gay entertainer.

“Just be yourself,” says the legendary singer-songwriter-pianist, dressed in a custom powder blue Gucci suit and matching bedazzled rhinestone glasses. “Don’t let anybody do you down. I’ve been very privileged because I’m in a business that kind of accepts gay people. There are kids that aren’t privileged. They come from poor backgrounds. Their parents don’t understand; religion gives them a hard time.”

Long before there was Ellen DeGeneres, “Will & Grace” and “Pose,” there was Elton John. The singer was 29 years old and an international superstar when he told Rolling Stone in 1976 that he was bisexual. But in 1992, at age 45, he was quoted in the same magazine saying he was “quite comfortable being gay.”

Now 72, John tells Variety that he was 23 when he actually realized he was gay. “I got off to a very slow start,” he says with a laugh. “I was like the tortoise and the hare, and then suddenly the tortoise overtook the hare, and I made up for lost time.”

As “Rocketman” shows in harrowing detail, making up for lost time led to a decade-long near fatal drug addiction before John finally got sober 28 years ago.

Over his 50-year career in music, he has earned an Oscar, a Tony and multiple Grammys and is in the middle of his retirement tour, Farewell Yellow Brick Road, which is set to end in late 2020.

John, who in 1998 was knighted by Queen Elizabeth, is also an outspoken activist, particularly around HIV and AIDS. In 1986, he teamed up with Dionne Warwick, Gladys Knight and Stevie Wonder to record “That’s What Friends Are For,” with all the profits going to the American Foundation for AIDS Research. Since its start in 1993, his annual Oscar viewing party has raised more than $200 million for the Elton John AIDS Foundation.

And then there’s his family.

John and his husband, “Rocketman” producer David Furnish, have been together for more than 26 years. They were one of the first couples to register for civil
partnership in the U.K. on the same day that the Civil Partnership Act became law. Nine years later, they married on Dec. 21, 2014, just months after same-sex marriage became legal in the U.K. John and Furnish have two sons, Zachary Jackson Levon, 8, and Elijah Joseph Daniel, 6.

It’s a far cry from John’s own childhood. His father left the family when John wasn’t even a teenager, and his mother was cold and distant. According to  “Rocketman,” she told her son he would never be truly loved because he was gay.

“It’s wonderful to be gay. I love being gay. I really do,” says John, whose first and only authorized memoir, “Me,” will be published by Macmillan in October. “And I think I wouldn’t have had the life I’ve had if I hadn’t been gay. And I’m very proud of that. I’m very proud that I can appreciate that.”

“If you’re unhappy at home, leave,” John advises. “Don’t let anybody torture you for being gay or for your sexuality.”

It’s that pride and his activism that have transformed John into an elder statesman of the LGBTQ community. He’s Yoda wrapped in a rainbow flag. “Be proud of who you are,” John says, continuing his message for young people. “There are so many wonderful diverse people in the world — straight people, gay people [and] transgender people. We’re all God’s kids. People who should know better in places of responsibility [and] attack gay people, transgender people … they claim to be close to God, [but] they couldn’t be further away from God if they tried.”