Jazz musician John Diversa also swept three categories he was up for. 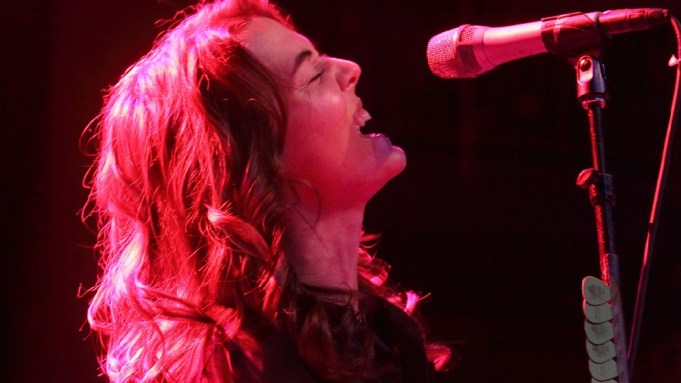 One of this year’s most nominated artists at the Grammys, Brandi Carlile, won all three of the awards she was up for in the pre-telecast ceremony Sunday afternoon. She was one of two performers to sweep three categories in the run-up to the prime-time telecast, the other being jazz musician John Daversa.

Albums by Beck and St. Vincent also picked up two awards apiece, although the performers themselves only won one, since those projects’ other awards went for engineering and packaging, respectively.

How this augurs for the handful of trophies left to be given out on the CBS broadcast is hard to read. Carlile, Musgraves, Gaga and Gambino are all nominated in key categories yet to be awarded — and so far they’ve all won everything they were up for, something that won’t repeat when they face one another in categories like album, record and song of the year.

Greta Van Fleet, a rock band that’s up for best new artist later in the evening, got a good omen for their chances there when they were awarded best rock album. But the same could be said for fellow new artist nominee H.E.R., who won for best R&B performance, and Duo Lipa, who shared the award for best dance performance.

Carlile expressed thanks for the Americana categories that gave her her first three Grammy wins ever. “Americana music is the island of misfit toys,” she said in her second speech. “I am such a isfit. It is this music that has shaped me” and, she said, helped give her a sense of community. “I came out of the closet at 15 when I was in high school, and I can assure you I wasn’t ever gotten invited to any parties (or) any dance… Thank you for being my island.”

There was a bit more suspense for best pop vocal album, which Ariana Grande won (for “Sweetener”) over Taylor Swift, Pink, Shawn Mendes, Camila Cabello and Kelly Clarkson. Best pop solo performance was also a toss-up going into the Grammys; there, Grande lost to Lady Gaga (for “Joanne”), as did Cabello, Post Malone and Beck.

There were two ties in the pre-telecast ceremony. One was between Leon Bridges and PJ Morton (of Maroon 5) for best traditional R&B performance. The other was between Anderson .Paak and the combination of Kendrick Lamar, Jay Rock, Future & James Blake for best rap performance.