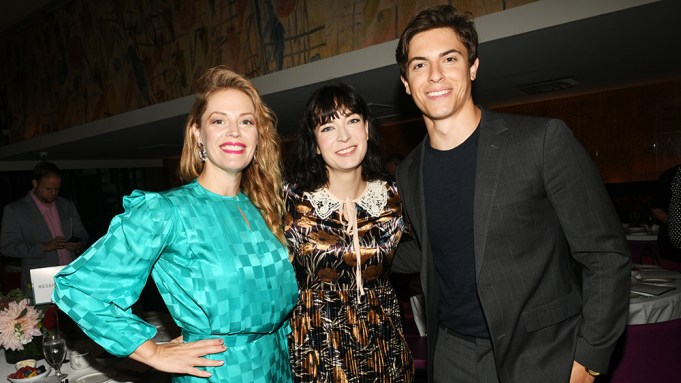 Decades before producing some of the biggest hits in Broadway history, Disney Theatrical Group president Thomas Schumacher got a valuable lesson in the best way to draw a crowd. He was living in Los Angeles, a continent away from New York’s city’s theater district, working at a woman’s shoe store. Every day, he would leave his modest apartment and walk past The Ricardo Montalbán Theatre. He noticed that the crowds of people lined up to buy tickets changed with the kind of shows being produced. When the theater played “Torch Song Trilogy,” gay people came out in force and when it performed “Children of a Lesser God” there was a strong showing from the deaf community.

“When you do a show about somebody, they come,” Schumacher said during a keynote conversation at Variety‘s Business of Broadway breakfast presented by City National Bank. “That was the greatest audience development lesson.”

Since Disney first hit Broadway in 1994 with a stage version of “Beauty and the Beast,” the conversation around diversity has changed dramatically. More productions are embracing color-blind casting and making greater efforts to have creative teams that include more women and people of color. In 1998, Toni Braxton made headlines when she joined the cast of “Beauty and the Beast” in the role of Belle, a character who was portrayed as white in the animated movie.

“It was a thing back then and what’s great is it’s not a thing now,” said Schumacher. “We’re getting much, much better with how we represent our world and our community in how we cast our shows,” he added.

But Schumacher noted that the strides on stage aren’t being reflected behind the scenes. The decision makers, producers, and the people in other top roles are still overwhelmingly white and male. That changes the kinds of shows being produced, he argued, and limits the opportunities to foster more diverse voices.

“When the table is broader the conversation shifts,” said Schumacher.

When Disney first got into the theater business, industry veterans were skeptical, even hostile.

“What was hard was people thinking we were carpetbaggers,” remembered Schumacher.

That attitude changed thanks to the Tony-winning success of “The Lion King,” a show that went on to be seen by over 100 million people, helping the story of Simba outgross such major franchises as James Bond and Harry Potter. Disney went on to produce 10 Broadway shows — a mixture of family-friendly fare such as “Aladdin” and “Frozen,” and slightly edgier productions such as “Peter and the Star Catcher.” Most have been financially successful, but there were flops along the way, including “Tarzan,” a 2006 production that ran for 35 previews and 486 performances, before closing due to low ticket sales. Schumacher said that part of the problem was that the Broadway show focused too intently on the bond between the jungle king and his adopted gorilla mother. Subsequent productions in Germany changed things up, and leaned into the spectacle.

And while Schumacher said he never expects another of his productions to match “The Lion King’s” cultural and commercial reach, he has tried to apply lessons from what made that show work to other projects. Initially, the idea of tapping Julie Taymor, an experimental director, to oversee a show aimed at young child seemed ill-advised, but Disney took a risk and was rewarded. That kind of boldness can be hard to replicate given the high cost of mounting a major show.

“The risk is so high now, and yet you have to walk into that room every time trying not to be overly safe,” said Schumacher.

Variety’s Business of Broadway breakfast boasted an impressive array of theater heavyweights among its hundred-plus attendees at New York’s Bryant Park Grill. They included Brian Cox (“The Great Society”), Stephanie J. Block (“The Cher Show”), Celia Keenan-Bolger (“To Kill a Mockingbird”), Douglas Carter Beane (“The Little Dog Laughed”), and Matthew Lopez (“The Inheritance”). In addition to Schumacher’s talk, guests also enjoyed a panel on the making of “Jagged Little Pill,” which included its director Diane Paulus, its writer Diablo Cody, and its producers Eva Price and Vivek J. Tiwary. The musical, which draws its inspiration from Alanis Morissette’s mega-selling album of the same name, opens in November after an eight-year odyssey to get to the stage. It was an arduous journey, but one that was fueled in large part by its creative team’s reverence for the source material, an album that dealt frankly with a failed romantic relationship.

“When I’m trying to decide what I’d like to work on, I ask myself if somebody else got this job, would I want to kill them?” said Cody, the Oscar-winning screenwriter of “Juno.” “I had to leap at this opportunity lest I cause bodily harm to one of my peers.”

Morissette gave the creative team a great deal of leeway, but she was clear about one thing: She didn’t want to do a bio-musical in the vein of “Jersey Boys” or “Beautiful: The Carole King Musical.” That worked for Tiwary and Price, who both believed that the music of “Jagged Little Pill” could be repurposed to support a standalone story. The final product looks at a seemingly perfect suburban family as the navigate a number of complex issues — it’s a show that grapples with everything from opiate addiction to sexual assault.

“I believe in the stories that this prescient woman wrote 25 years ago because they’re speaking to today in a way that nothing else has that’s coming to Broadway,” said Price.

It’s also an album that’s more rich and varied than its most popular songs of defiance and heartbreak might suggest.

“Everybody knows ‘You Oughta Know,’ but you listen to every song and you think, ‘oh my god, it’s a range of emotion,'” said Paulus. “Alanis is not just an angry rocker chick. She’s also deeply personal.”

Despite having sold more than 75 million records globally, Morissette is also surprisingly down-to-earth. When Tiwary came out to Los Angeles to wine-and-dine the rocker, she didn’t ask to go to any fancy eatery or hot nightclub. She asked to meet at her local Le Pain Quotidien, and because the restaurant doesn’t take reservations, they had to sit at a communal table.

“That is Alanis to a T,” said Tiwary. “She is not an ordinary human being. She is a genius and so full of empathy, but she carries herself like any normal person.”