Variety Announces 10 Comics to Watch for 2019 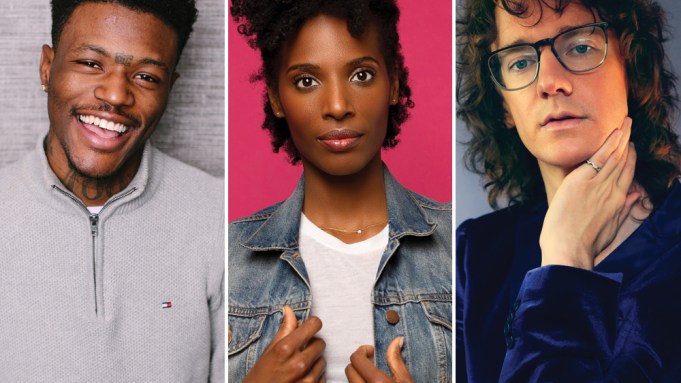 The honorees will be profiled in the July 18 issue of Variety and at the Just for Laughs Comedy Festival in Montreal at a cocktail party on Thursday, July 25, followed by a panel and showcase on Friday, July 26. The events are sponsored by Cohen & Gardner LLP.

The list makes up a range of stand-ups, content creators and comedy creatives that are selected by group including Variety editors and critics with input from the comedy community, including those that scout, book, represent, produce and cast comics on a daily basis.

Variety launched the list in 2000 with such now-recognizable names as Zach Galifianakis and Patton Oswalt. Over the years, other honorees have included Tiffany Haddish, Amy Schumer and Kumail Nanjiani.

“Comedy in 2019 means finding ways to thread the needle of sensitive political sensibilities while also locating the funny bones of audiences craving fresh ways of skewering the algorithm-protected no-laugh zones,” says Steven Gaydos, Variety’s executive VP of content. “So the times require inventiveness and fearlessness and our Variety 2019 Comics to Watch have both qualities in abundance.”

Says Paul Ronca, senior director of creative development and brand partnerships for the festival, “We look forward to welcoming the 2019 ‘Variety 10 Comics to Watch’ to the Just for Laughs Festival in Montreal this July. These are great performers that we feel will be stars in the near future like many past ‘10 To Watch’ alumni.”

The 10 comics selected this year are:

Fahim Anwar – Recently seen in the Comedy Central special “Goatface” with his comedy group of the same name, his special “Fahim Anwar: There’s No Business Like Show Business” is now available on Amazon and ITunes.

Celeste Barber  – A native of Australia where her book “Challenge Accepted!” was at #1 for six months, she recently began touring the US and will be taping her first hour special for Showtime before embarking on her European tour.

D.C. Young Fly – A rapper, comedian and podcaster, D.C. Young Fly became a favorite on Vine and can be seen on “Wild ‘N Out” and as one of the hosts of MTV’s “Total Request Live.” He’s been seen recently on television in “Grownish,” “Rel,” and “How High 2.”

Chris Fleming – The creator and star of the stand-up show “Showpig” and the YouTube series “Gayle” and the touring show “Gayle Live,” Fleming is also behind such videos as “Am I a Man” and “Teens Who Drink Coffee.”

Zainab Johnson – A standout on”All Def Comedy Jam,” Johnson has appeared on “Last Comic Standing” and “Comic View.” She will next be seen in Greg Daniels’ Amazon series “UPLOAD”

Dusty Slay – Slay became the youngest comedian to ever perform at the Grand Ole Opry Stage and recently released his first Comedy Central special. He’s appeared on “The Tonight Show,” “Jimmy Kimmy Live” and can regularly be heard on radio programs on Sirius XM and Pandora.

Robin Thede – Thede created and stars in HBO’s anticipated upcoming series “A Black Lady Sketch Show.” She served as the head writer for “The Queen Latifah Show” and “The Nightly Show with Larry Wilmore” and hosted “The Rundown with Robin Thede” on BET.

Piff the Magic Dragon – Piff has made memorable appearances on “America’s Got Talent” and “Penn & Teller: Fool Us.” Combining comedy and magic, his Las Vegas residency at the Flamingo has been sold out every night for three years.

Patricia Williams  – Known by her stage name “Ms. Pat,” Williams is developing a pilot based on her memoir “Rabbit” with Hulu and Lee Daniels. She has made notable appearances on Marc Maron’s podcast, “The Joe Rogan Experience” and appeared on “Last Comic Standing.”