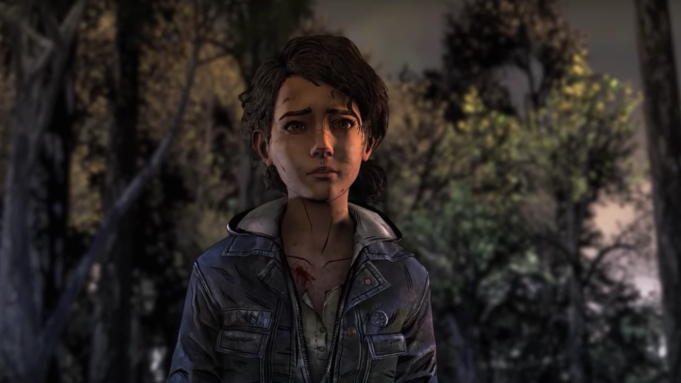 The challenge of approaching the final season of Telltale’s narratively-driven game “The Walking Dead” lies in understanding Clementine as she is now, seven years since the release of the first season. For those who have been with Clementine since the beginning, it all comes down to this final season, a season we didn’t expect to have a conclusion to for some time after Telltale’s sudden closure last year.

Skybound stepped in and offered a chance for closure by developing the last two episodes of the four-episode season to conclude Clementine’s story, but at times (in the final episode in particular) it’s clear that another team was picking up the effort to get the job done.

One theme does remain consistent throughout the entire narrative arc of the final season: The question of what the difference is between living and surviving. Characters, mostly new, one returning unexpectedly from season one, repeat the same message to our beloved protagonist: the fate of Clementine ward AJ’s humanity is in her hands.

From episode one, the parallels are clearly drawn between Clementine and Lee, almost to the point of player fatigue at times. Decisions about what messages to impart to Clem’s young ward about how to deal with anger and the balance between protecting one’s body and one’s soul are presented to the player, who must choose options that are in line with the Clementine they have come to know over the past seasons.

On top of the challenge of explaining morality to a child who has never known life before the zombie apocalypse, Clem herself had her childhood cut short and is working to be a sufficient role model for AJ with limited experience. So naturally, she draws everything she knows from her father figure, Lee.

Making the same choices as Lee seems to point toward an inevitable end for Clementine: That she will die protecting AJ, just as Lee died protecting her. This presumption lingers like an unwelcome specter throughout the game, haunting every choice Clem makes for AJ.

In one episode, Clementine must interrogate an enemy and AJ opts to watch the torture, and here, another relationship is mirrored, but not mentioned: That of Clementine and Kenny. While Kenny is conspicuously absent from mention, the parallels are clear and disturbing: Clem is showing AJ what it is to be a human clinging to revenge as the desire to survive rather than humanity at times.

Regardless, we know how it ended for Kenny, too.

As for who is showing what it means to be human, the ragtag group of delinquents forgotten at Ericsson introduced in the first episode could provide some sense of humanity for Clem and AJ both. The quiet moments, like planning a “hootenanny” before a raid, checking in on the kids as they strengthen the grounds’ defenses and the like harken back to the impactful “calm before the storm” moments of season one.

As a Telltale game it all comes down to choices. And with this title being the last of Telltale’s offerings, the choices are all that more crucial.

The true question is whether or not these choices feel legitimate for Clementine after all of the heartbreak and suffering, rather than true for, say, the player who still recalls protecting Clem as a six-year-old girl.

Clem will often reiterate some version of “AJ surviving is all that matters” but the game forces the player to consider: Is life without humanity worth living?

At this point in the game, players and Clementine know exactly how to survive in this world. So, what could be tempting enough to consider the less clear option— the option with room for fatal error, but enough space for some new aspect of Clementine to be explored?

And so, the developers force players to consider the consequences of actions more discreetly than in past seasons. Often, the way to survival is clear: Don’t trust others, kill walkers before they kill you, and, no matter what, keep moving. With this being the final offering of “The Walking Dead Game” series, the choices need to be enticing in order to make players want to have Clementine stray from those clear decisions that lead to survival for her and AJ.

For the most part, Telltale finds a way to make this happen— mostly through new characters.

For example, an appealing new character requests that Clementine distract a walker with a rock instead of taking it out. Of course, anyone familiar with “The Walking Dead” franchise (if not zombie fiction of any kind) would say to take it out is the best option, lest you leave the opportunity for it to take you out later. Telltale’s genius is in making you want to choose the non-sensible option— or rather, want to believe that it’s an option Clementine would at choose.

Considering that these choices are meant to be Clementine’s, it seems plausible not only that she might consider distracting walkers instead of taking them out for an intriguing new character, but that the player too, might consider an option that’s somehow more enticing than guaranteed survival.

Part of what makes this work is the dialogue, but recognition must also go to the talented voice actors. In particular, teenage dialogue was so awkwardly convincing at times I suffered a bit of secondhand embarrassment while playing.

Of course, classic Telltale is choosing between two characters. Some of those choices from season one, like choosing between Carly and Doug, are mentioned again in this season. Though the past choices seemed like mostly life or death matters that sometimes had long-term impact (admittedly, most of those past seasons’ choices, while mentioned, are simply fill-in-the-blank at this point in the final season) the choices in the final season are smaller but seem to pack more of a punch. For example, choosing to go with one character for the less dramatic option of which chore to complete feels more impactful, as it determines who Clem will spend time and develop a deeper relationship with.

These loyalties have bigger stakes in the final season as well. Early season decision making in “The Walking Dead” too often had the player asking “Who can I live with being furious with me for a while?” as Lee attempted to keep the group together, rather than “What will it mean to get close to this person?” That’s a question that has satisfying possibilities for Clementine this season, as she can choose a love interest to pursue.

Along the way of answering that question, there is the gameplay, the actual maneuvering of Clementine through this world. Most often, that is handled via cutscenes with sprinklings of player controlled moments and quick time events. This is handled better in some spots than others. Too often, a stray arrow pops up, a startling reminder that you are, in fact, playing a game and you are meant to be Clementine, rather than simply watching a long scene with dialogue options.

At its best, the gameplay works in companion to key story beats. One moment when Clementine must walk through a barn full of walkers and blend in achieves the claustrophobic panic of the player attempting to move cautiously, the soundtrack of Clem’s uneasy breathing in the player’s ears, followed by perhaps one of the most beautiful moments in a Telltale title I’ve ever experienced. This moment even introduces a new consideration for fans of the series: That there might be more to the walkers than it seems, and that there is still some peacefulness left within. It’s not entirely convincing for those who’ve been killing walkers with abandon for the past seven years’ worth of Telltale “The Walking Dead” games, but it’s intriguing at the very least.

For example, there’s a moment when Clem must drop down into a greenhouse which she is already told very likely has walkers inside. Upon entering, the walkers awaken almost immediately, and the player is instructed to quickly find a weapon.

Everything we know about Clementine tells us that she would never enter into a situation unarmed. And so, the gameplay seems a cheap gimmick at that moment to build suspense, rather than gameplay that makes sense for the protagonist, story, and player.

It is when the gameplay and story are working together rather than competing for interest that the final season shines. In particular, the last episode marries the two components in a satisfying penultimate section of the episode in which the player alternates between the two central characters, AJ and Clementine, in a way that feels true to each character.

As for the ending itself, Skybound offers up a satisfying, if bittersweet conclusion for one of the most beloved video game characters of all time. While the result of who is still standing at the end seems slightly inconsequential of direct player choice (or at least, it seemed to be as a result of a different choice than expected) there’s enough room for players to feel that at least some of their choices mattered in the end. If nothing else, it’s a chance to say goodbye.