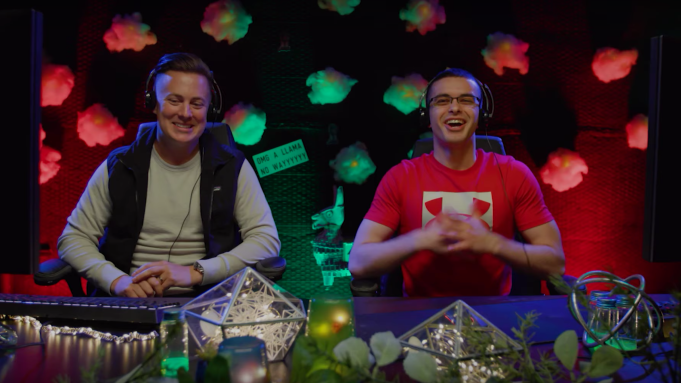 Ryan Wyatt, head of YouTube Gaming, discussed future plans for the platform in an interview with a fellow YouTuber over several rounds of “Fortnite” this week.

During a few games of the massively popular battle royale game, pro player Nick Eh 30 picked Wyatt’s brain on several topics regarding YouTube Gaming, including where Wyatt thinks it’s going from here, what the team is most focused on, and plans for the future.

As far as the team’s biggest priorities for the future go, Wyatt lined out the three “buckets” YouTube is focused on building up: focus on the users and community, YouTube creators themselves, and game publishers.

“Whether’s it creating tools to establish better business between them, there are lots more features we still have to create. There are a lot of great competitive platforms out there that push YouTube,” said Wyatt of additional features that could be coming to the platform.

He briefly discussed looking into adding more monetization options for creators, how the YouTube Gaming team can do “more” with alternative methods of monetization, and offering new avenues for users to make money. There was also a short hint about what could be coming next for the platform and what’s going to be big in the future.

“The emergence of mobile gaming has been awesome,” said Wyatt of recent success for various mobile games being streamed on YouTube. “People watching mobile gaming is going to come more to the forefront.” He also mentioned YouTube’s upcoming streaming project Stadia, which is poised to make quite the splash if it performs as well as it’s supposed to.

“People being able to click on a video on YouTube and immediately begin playing the game instantaneously will see a loop close,” he said. “I think that’s going to be incredibly exciting.” In terms of how creators might benefit from Stadia, Wyatt was tight-lipped on what, if any, programs like Epic Games’ “Support-A-Creator” initiative might come to the platform.

“There are some things we can’t necessarily touch on that we’re working on, but that program was one of the most brilliant things done to help support a creator ecosystem and I think we have a lot to learn from that. I’ll leave it at that.”