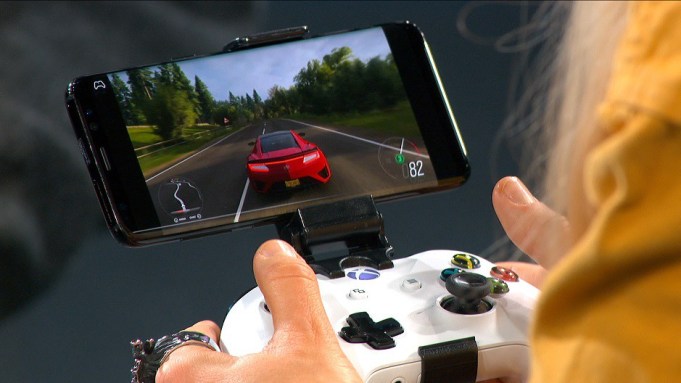 During the latest Inside Xbox livestream, Choudhry showed off the company’s upcoming cloud streaming service.

“Project X Cloud is a cloud-based streaming service that will enable you to play anywhere we have a client,” said Choudhry. “Anywhere you have a good network connection, you’ll be able to participate in Project X Cloud.”

Play the games you want, on the devices you want, whenever you want. Project xCloud has big plans, and they're kicking off this year. #InsideXbox pic.twitter.com/kyoXSjDc4W

In the official Xbox Wire blog detailing Project xCloud, Microsoft states that the service isn’t in development as a “replacement” for consoles, but a way to add “choice and versatility. It’s also meant as a way to help open up the world of Xbox for those who may not own “traditional, dedicated gaming hardware.”

The aim is to provide “console-quality gaming” on mobile devices to satisfy both those who prefer to use their devices at home or on the go, and catering to a wide variety of audiences who may just want to continue playing where they left off when they leave the house or change rooms.

Microsoft claims that the company can achieve its vision of console quality gaming across various devices with its datacenter in 54 Azure regions and its advanced network technologies.

“Project xCloud is an integral part of our vision for placing you the gamer at the center of your experience, giving you more choice in how and when you play,” the blog read.

Additional details will be surfacing in the coming months, as well as details on how players can participate in test scenarios later this year.