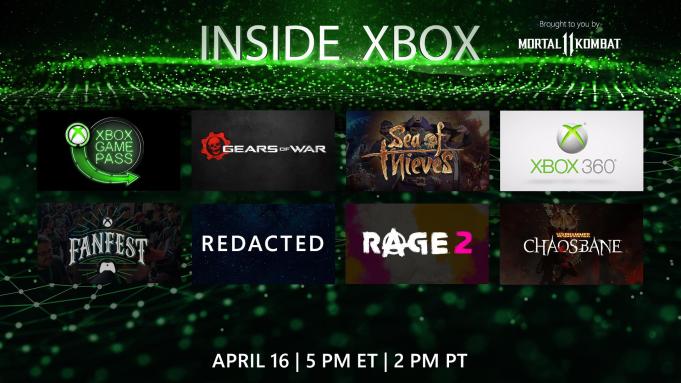 That’s not Variety being coy, that’s what Microsoft is saying in the official teaser image for the day’s episode. It’s a good chance that the secret isn’t actually secret, though. Earlier this week, a leak hit about a new digital-only version of the Xbox One S.

Stay tuned to watch the Inside Xbox episode right here and see if the leaks were right and what else Microsoft be spilling. The news video comes on the same day that PlayStation revealed the first official, confirmed details about its next-gen PlayStation console. They didn’t say a lot but now we know it’s a more powerful system with spatial audio, a much faster hard drive and that it won’t be coming in 2019 or shown at E3.

You can read more about that here.