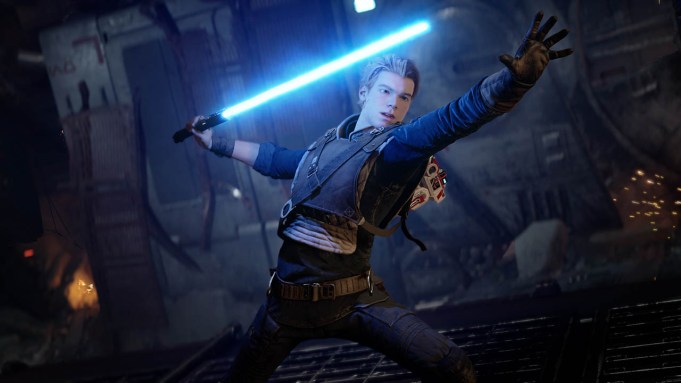 Respawn debuted a new story trailer for “Star Wars Jedi: Fallen Order” on Saturday during the Xbox E3 2019 Briefing. The footage features a mix of both cinematic cutscenes and gameplay.

“This single-player adventure takes place on a variety of planets, some months after the first enforcement of Order 66, which, as seen in ‘Star Wars Episode III: Revenge of the Sith,’ wiped out all the Jedi in the galaxy,” Xbox said in a blog post. “Even as a young Jedi, Cal has enough command over the Force to push and pull stormtroopers, slow time to the degree that he can dodge laser blasts, and perform double jumps that send him flying over the heads of even the giant spiders that lurk on Kashyyyk.”