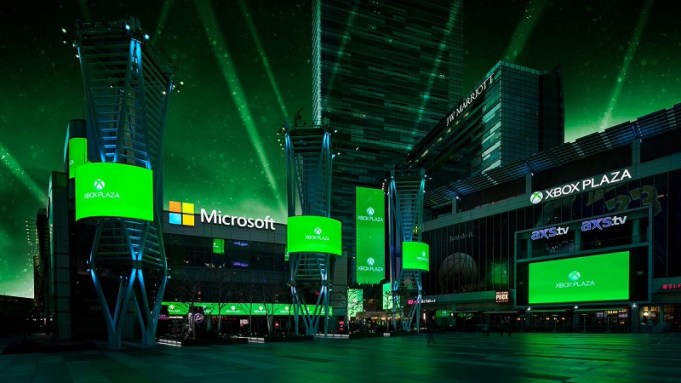 Microsoft will hold its big Xbox E3 2019 Briefing on Sunday, June 9, at 4 p.m. ET — or 1 p.m. PT for those at E3 — and you can stream the full event right here. The presser will also be shown live via Xbox’s accounts on Facebook, Mixer, Twitch, and Twitter. Publishers Bethesda and Devolver Digital also have press conferences scheduled that same evening at 8:30 and 10 p.m. ET, respectively.

In a “This Week on Xbox” YouTube segment, Microsoft’s Larry Hryb said, “Phil Spencer gave me the go-ahead to tell you we’re gonna be talking about 14 games coming from Xbox Game Studios.”

With “Gears 5,” the latest entry in the “Gears of War” franchise, dropping later this year, it’s probable we’ll see more from that title at this year’s E3; other likely fixtures of the show include “Halo Infinite” and unannounced projects by some of the studios Microsoft acquired last year, such as Compulsion Games, Ninja Theory, Obsidian Entertainment, Playground Games, and Undead Labs. It’s possible the company will also discuss more of its plans for xCloud, a video-game streaming service announced in 2018.

The annual Electronic Entertainment Expo, better known as E3, takes place at the Los Angeles Convention Center from June 11 to 13. As is tradition, however, things kicked off early on Saturday at 12 p.m. ET with Electronic Arts’ EA Play event, which is being held at the Hollywood Palladium on June 8 and 9. Nintendo also hosted a number of esports tournaments throughout Saturday afternoon.