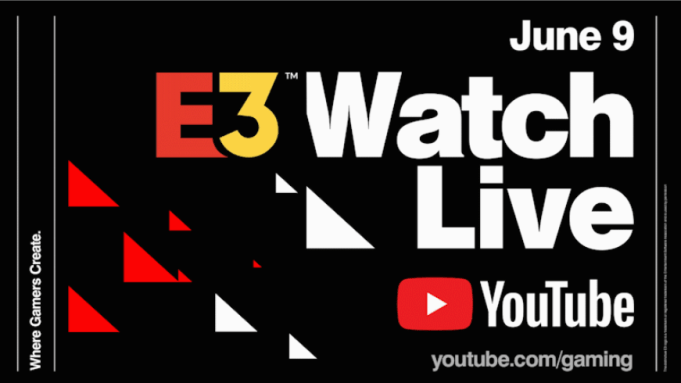 E3 Live on YouTube is bringing all day coverage of the big event, and you can watch it right here on Variety.

The video above connects to YouTube’s stream via… well, YouTube! So you can watch along as host Geoff Keighley welcomes streamers, performers, and more to the event in Los Angeles.

The coverage starts at 10 a.m. PST on Sunday.

Phil Harrison from Google is going to talk with Keighley about Stadia at 11:30 a.m. Later in the day, the YouTube coverage will simulcast the Xbox E3 Briefing and the Bethesda press conference– so you’re sure to not miss a beat.

Lots of musical performances will be at the event as an added bonus, including Bastille, DJ Marshmello and Lindsey Stirling. Other gaming industry notables, including Felicia Day and game streamers including JackSepticEye will also appear.

“This year marks the fifth year of our landmark ‘E3 Live’ coverage on YouTube,” host Keighley commented about the show in a press release. “What I love about this show is how it acts as a central hub to bring together content creators, game developers, and special guests to celebrate gaming as the leading form of entertainment in the world.”

If the YouTube show is not your beat, you can also watch the Bethesda press conference or the Xbox E3 Briefing on Sunday.