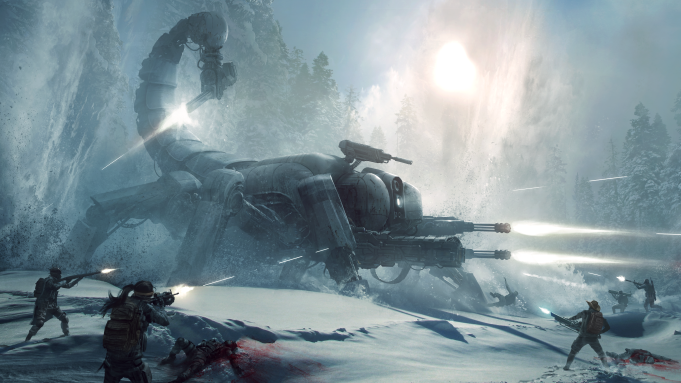 Developer inXile Entertainment released a colorfully violent trailer for its upcoming turn-based role-playing game “Wasteland 3” on Tuesday, along with a Spring 2020 release window.

The “Wasteland” series, which debuted in 1988, helped popularize the post-apocalyptic genre in video games. A sequel didn’t appear until 26 years later, however, and that’s largely thanks to a very successful Kickstarter campaign that raised nearly $3 million in funds.

The third entry in the franchise is set in a post-nuclear Colorado, where players take on the role of Desert Rangers and help rebuild civilization. The game features the same narrative choices and tactical combat the franchise is known for, but it also includes a new dynamic conversation system, an upgradeable player vehicle, and online cooperative gameplay.

“’Wasteland 3′ is a passion project for inXile and especially me,” said inXile Entertainment CEO Brian Fargo. “I directed the first ‘Wasteland’ in 1988 and its sequel was one of the original great crowdfunding successes, and it’s a series we care deeply about. Thanks to our partnership with Deep Silver and Microsoft, we’re able to deliver the kind of deep, immersive experience that ‘Wasteland’ fans want and expect.”

Microsoft acquired inXile Entertainment in 2018, along with a handful of other studios, including Undead Labs (“State of Decay”), Ninja Theory (“Hellblade: Senua’s Sacrifice”), Playground Games (“Forza Horizon”), and Compulsion (“We Happy Few”). It announced on Sunday during E3 2019 it’s also acquiring Double Fine Productions (“Psychonauts”), bringing the total number of developers under its belt to 15.