Continue to Variety SKIP AD
You will be redirected back to your article in seconds
Jun 10, 2019 9:00am PT

Vertigo Games Announces ‘After the Fall,’ a Shared-World Multiplayer Shooter for VR 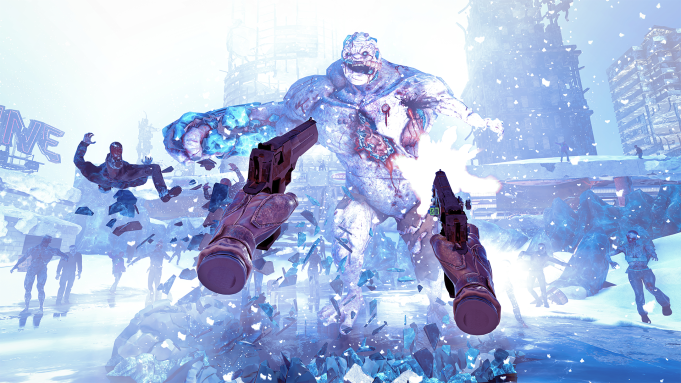 Vertigo Games is working on a “shared-world” multiplayer VR shooter, the studio announced Monday in a press release. The game’s teaser trailer shows a four-player arcade cabinet that looks like a typical nineties “rail shooter,” such as “Time Crisis” or “The House of the Dead.”

“[Vertigo’s] ‘Arizona Sunshine’ was one of the first full-feature games developed exclusively for VR. Ever since, we’ve been eager to take it up a few notches and push hard at the boundaries of VR again,” studio director Richard Stitselaar said in the release. “With ‘After the Fall,’ we’re bringing VR to life at a scale we believe hasn’t been done before — a seamless multiplayer experience shared with as many players as possible, set in a dynamic world that will keep them coming back for more.”

“After the Fall” is set in an alternate, post-apocalyptic 1980s Los Angeles. Up to four players can team up to fight their way through the icy ruins of the fallen city, taking on waves of enemy combatants — including “larger-than-life” boss fights.

It’s expected to hit Steam and the Oculus store in 2020.