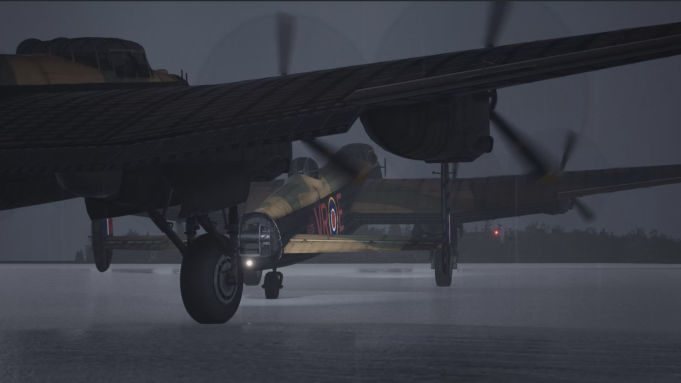 “Valiant Effort,” an upcoming PC game that takes players into the skies of occupied Europe during WWII, was announced earlier this month by developer Sharp End Studio.

A short teaser trailer for the game was released on Wednesday, which you can watch above. It doesn’t reveal much, but gives a glimpse of the tone of the game and shows the Avro Lancaster ahead of D-Day takeoff, which developers at Sharp End Studio based off of the real thing. The Canadian Warplane Heritage Museum’s gave the studio some access to its collection which features one of only two airworthy Lancasters in the world, according to a press release from founder Andrew Spearin.

The game is single-player and has a three-player cooperative mode. Players have to prove they have what it takes to hold a position in the aircrew.

“Players will undergo training in order to qualify and operate positions in the aircraft, including Pilot, Air Gunner, and Bomb Aimer,” Spearin wrote in an email. “After completing training, players will join 419 ‘Moose’ Squadron in May 1944 as the Allies prepare for the liberation of Europe. Their goal is to complete a full 30 operation tour with the Avro Lancaster aircraft. Historically, the odds of survival for an aircrew operating with RAF Bomber Command were low: only 40% made it through the war unscathed – the remaining 60% were either killed, wounded, or held prisoner.”

If it seems like there are a lot of historical details woven into gameplay, that’s not by mistake. The goal for the game is to fuse education and entertainment into the experience, which follows Pilot Officer Andrew Mynarski, VC. In fact, the Canadian Warplane Heritage Museum and Sharp End Studio will even have a virtual reality component of “Valiant Effort” to help with this goal– though VR is not necessary to play the game.

There is no set release date just yet, but expect “Valiant Effort” sometime in 2020.