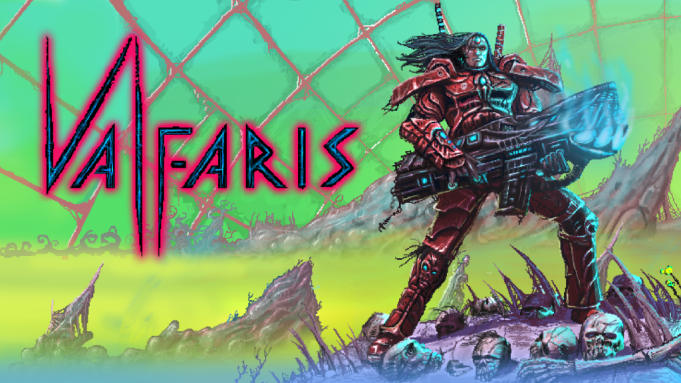 “Valfaris” is coming to PC, PS4, Nintendo Switch, and Xbox One later this year. Publisher Big Sugar showed off a new trailer during E3’s PC Gaming show on Monday.

“‘Valfaris’ is a heavy-metal-infused 2D action platformer and the next game from the team behind Unity Awards finalist ‘Slain: Back from Hell,'” the game’s website says. “After mysteriously vanishing from galactic charts, the fortress of Valfaris has suddenly reappeared in the orbit of a dying sun. Once a self-contained paradise, the grandiose citadel now plays host to an ever-growing darkness. Therion, a fearless and proud son of Valfaris, returns to his home to uncover the truth of its doomed fate and to challenge the arcane evil at its very heart.”