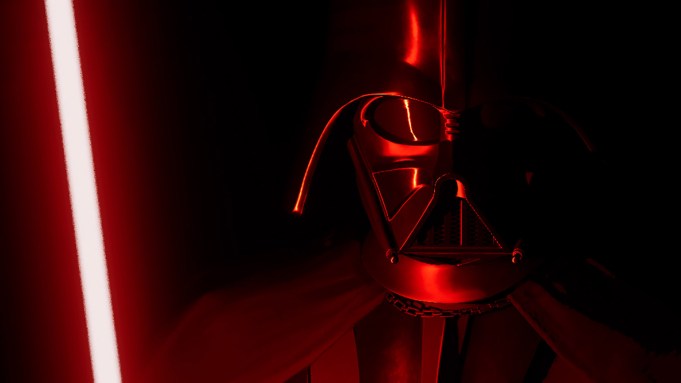 “Vader Immortal,” the virtual-reality “Star Wars” experience starring one of cinema’s most iconic villains, will arrive on the Oculus Rift headset on June 20. Narrative designer Mohen Leo and ILMxLAB PR manager Bryan Bishop announced the news during a brief E3 Coliseum discussion about the VR experience.

Leo explained that users who already own the Oculus Quest edition of “Vader Immortal” will be granted access to download the Rift (or Rift S) version for free. He calls “Vader Immortal” on the Rift the “highest-quality version of the experience, visually, that we have.” The story — penned by David S. Goyer (“Batman Begins”), and starring Scott Lawrence as Vader and Maya Rudolph as a droid named ZO-E3 — is episodic in nature. The experience currently available for Oculus Quest is dubbed “Episode I.”

“Step inside a galaxy far, far away with ‘Vader Immortal: Episode I.’ You are a smuggler operating near Mustafar, the fiery world Darth Vader calls home. When you are unexpectedly pulled out of hyperspace, you find yourself uncovering an ancient mystery at the behest of the Sith Lord himself,” the game’s Oculus listing says. “With the help of your droid companion, ZO-E3, you’ll navigate the dangers of the fortress, hone your lightsaber skills, and meet new characters along the way as you discover what Vader is up to.”

“Vader Immortal” launched on the Oculus Quest in May. It’s the first of a three-part series; there’s no word yet on when “Episode II” might be released.