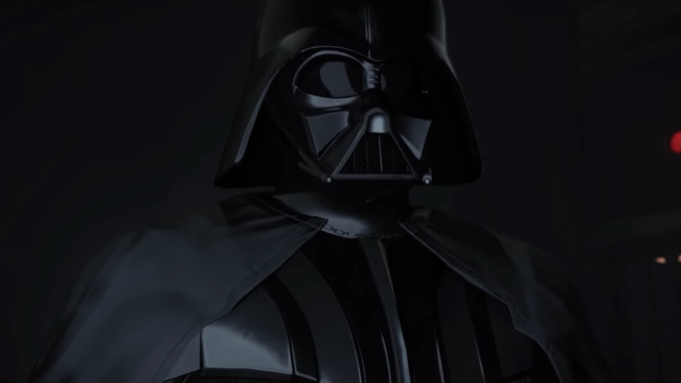 “Vader Immortal: A Star Wars VR Series” is coming to the Oculus Rift and Quest headsets this spring, and ILMxLAB and Oculus released the story trailer for the game’s first trailer during Star Wars Celebration on Friday.

The game, set for a spring release, will be a three-part series that combines immersive cinematic storytelling with dramatic interactive play, according to the developer.

Set between the events of “Revenge of the Sith” and “A New Hope,” “Vader Immortal: A Star Wars VR Series” is an original narrative adventure that lets audiences step into the role of a smuggler operating near Mustafar, the volcanic world that Darth Vader calls home. In typical Star Wars fashion, they’ll soon find themselves in the middle of a grand adventure as they are unexpectedly pulled out of hyperspace — and eventually come face to face with the Sith Lord himself.

The first episode has players take on the role of the captain of a smuggling ship called the Windfall, who, along with their droid sidekick Zoey (voiced by Maya Rudolph) is shanghaied by imperial forces and brought to Darth Vader’s fortress. The story is about why Vader has chosen you and needs you.

The game lets you walk the corridors of Vader’s castle and wield a lightsaber, according to the talk at Celebration. You can watch the full talk below for more details. It starts about one hour and 23 minutes into the video below.