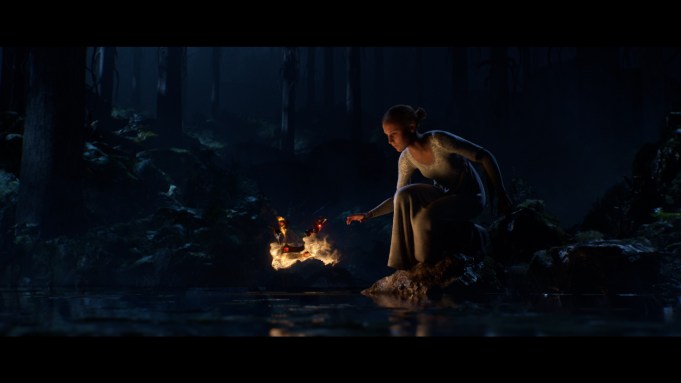 It took just a few months for the team at Goodbye Kansas Studios to create a stunning cinematic short demo called “Troll” using the latest version of Unreal Engine.

The short, directed and written by Deep Forest Films’ Björne Larson, shows a princess playing with a trio of fiery sprites before they’re scared away by some hidden, looming beast deep in a forest. The entire video was created using the Unreal Engine.

“I truly believe that the Hollywood engine is Unreal, a powerful story-telling tool for all game and film-makers,” Larson said.

After showing off the film, Unreal’s Nick Penwarden took to the stage at the Epic Games GDC keynote to talk about some of the tech that went into creating the short. Specifically, he highlighted the creations use of real-time ray tracing, which allowed the creators to essentially light the digital human the same way filmmakers would in the real world.

“Ray tracing adds subtle elements throughout the scene,” he said, pointing out the shadows cast on the princess’ face, her reflection in the crown, and the intricate sparkle of the gems.

The demo also made use of work by 3Lateral, which carried out 3D and 4D facial scanning and applied its META Human Framework to create a digital princess capable of conveying subtle and emotionally rich facial performances.