Xbox Had Keanu Reeves, But Ubisoft Had Jon Bernthal and His Actual Dog 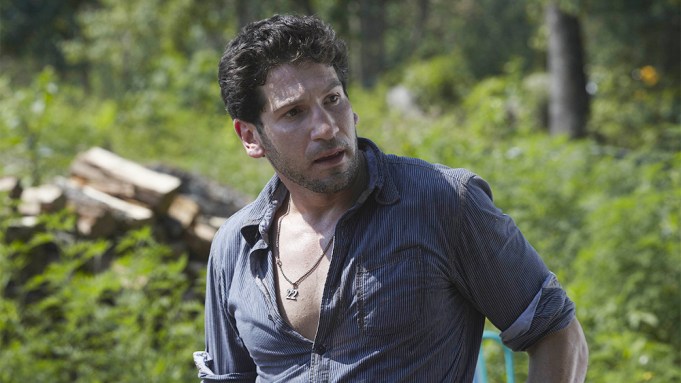 Actor Jon Bernthal, known for his roles on “The Walking Dead” and “Punisher,” took the stage during Ubisoft’s E3 press conference, but he wasn’t alone. Bernthal was accompanied by his rescue pit bull Bam Bam, for no clear reason aside from the fact that dogs are great.

Keanu was cool and all, but Jon Bernthal’s dog Bam Bam might be the new celebrity highlight of E3. #UbiE3

Bernthal is starring in Ubisoft’s upcoming “Ghost Recon: Breakpoint” as Cole D. Walker, a man who runs by his own moral code. Bam Bam laid patiently next to Bernthal as he spoke to the huge audience of cheering gamers, and was a very good boy for the entire duration. Bam Bam, named after a drug lord from Louisiana, is one of three pit bulls recently rescued by Bernthal and can often be found on his Instagram.

Bernthal and Bam Bam are just some of the celebrities appearing during this year’s E3 2019. This comes one day after a surprise appearance by Keanu Reeves during Sunday’s Xbox E3 conference.

“Tom Clancy’s Ghost Recon: Breakpoint” launches Oct. 4. The game takes place on a remote island in the middle of the Pacific Ocean called Auroa. Skell Technology — the fictional company that first appeared in 2017’s “Ghost Recon: Wildlands” — has a compound there, along with an army of lethal autonomous drones. When the island is taken over by a rogue Spec Ops group called the Wolves, a Ghost soldier known as Nomad is sent to infiltrate it.