Twitch Bans ‘Smash’ Player After Over Imbibing On Stream 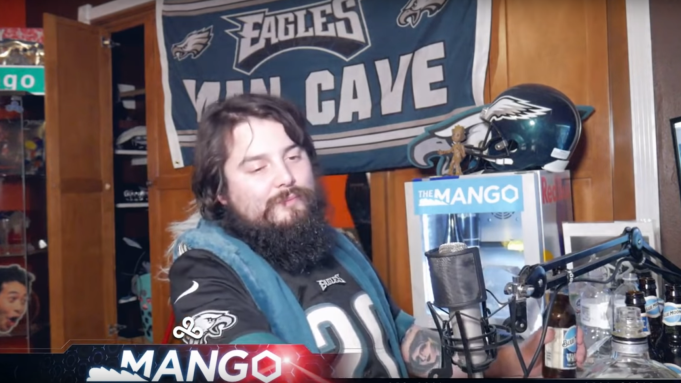 Joseph “Mango” Marquez is in the midst of a seven day ban from Twitch after allegedly drinking too much and then passing out during his stream, according to a tweet from Marquez.

In a YouTube clip of the stream captured by Twitch Fails, Marquez can be seen drinking a Blue Moon with his eyes partially closed as he slowly falls over, and a thud can be heard as the camera shakes. Marquez, however, denied that he actually passed out on stream.

The stated reason for the ban, as shown via Marquez’s screenshot of an email from Twitch in his tweet, is for violating the community guidelines by displaying “dangerous consumption of drugs or alcohol” on stream.

“For the record,” Marquez wrote in a follow-up tweet on Tuesday, “I didn’t pass out on stream.. I jokingly fell over to be funny because I wanted to take a break [and then I] went downstairs to talk to my [girlfriend] and came back and ended my stream.”

Marquez ended the tweet with “Drank a lot I knowwwwwww [sic].”

On Wednesday, the streamer continued tweeting, referencing the Twitch ban. However, it is not entirely clear if Marquez’s tweets referencing the ban are, in actuality, out of distress over the ban or sarcastic. For example, Marquez tweeted that it has been “so long” since he has received a Twitch Prime subscription and he feels “so empty.”

For top Twitch streamers, though, their income through streaming comes primarily from subscriptions, bits, and donations that can only be earned by providing content to their viewers. A seven day ban could potentially mean a loss of substantial income for Marquez.

“[I] realized I haven’t showered since the ban,” Marquez tweeted. “Always showered right before I started stream … Now I’m lost and don’t know when [sic].”

Marquez further tweeted an image of what appears to be a bucket of Coronas on ice with the message: “The man can’t hold me down.”