‘Trover Saves the Universe’ Dated for May PS4, PSVR Release 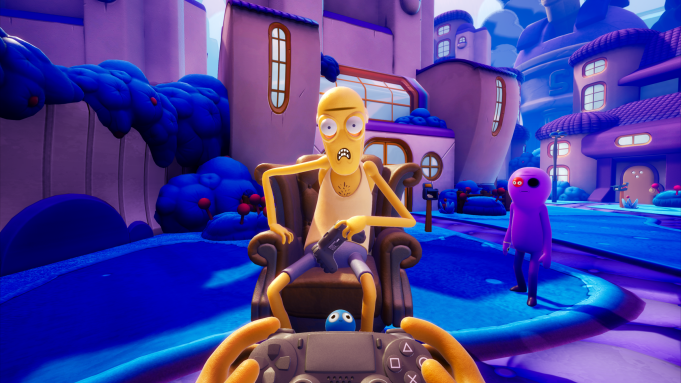 Squanch Games announced that comedy action game “Trover Saves the Universe” is arriving this May on PlayStation 4 and PlayStation VR.

A new trailer detailing the release date (along with some very NSFW humor) debuted alongside the announcement, which is in line with the game’s brand of humor, unique to Squanch Games co-founder Justin Roiland, who’s also the co-creator of the massively popular Adult Swim series “Rick and Morty.” Roiland also voices several of the characters in “Trover Saves the Universe,” as evidenced by the trailer and previous announcements revealed by Squanch Games.

“Trover Saves the Universe” puts players in the role of partner to Trover, a monster who finds himself tasked with the lofty goal of saving, well, the universe. After your dogs are kidnapped by a beaked creature named “Glorkon” who used them to stuff them into his eye holes, you’ve got to stop him from using their life essence to wreak havoc on every living being out there.